Description
Battle-scarred, but with a great love of life and adventure, the Ninth Doctor invited Rose Tyler aboard the TARDIS for a trip of a lifetime.
Later joined by Captain Jack Harkness, occasionally assisted by Mickey Smith and Rose’s mother, Jackie, their adventures took them from Victorian Cardiff to the end of the world, fighting enemies old and new, including Daleks, Autons and the Slitheen.
This box contains the following unpainted pewter miniatures: the Ninth Doctor, Rose Tyler, Captain Jack Harkness, Mickey Smith and Jackie Tyler
Includes twelve EXTERMINATE! game cards
Some assembling and colouring required. GLue and paints not included
Product Details
65806 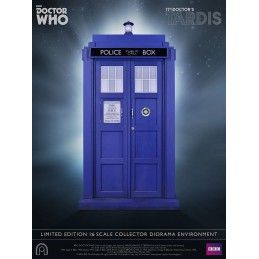 BIG Chief Studios are proud to announce the first in a series of 1:6 Scale Diorama Environments - the 11th Doctor's TARDIS. 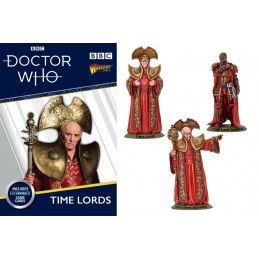 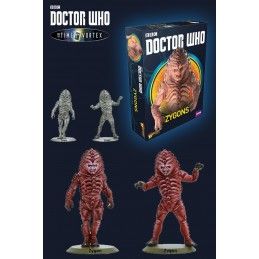 DOCTOR WHO INTO THE TIME VORTEX ZYGONS SET STATUE FIGURE 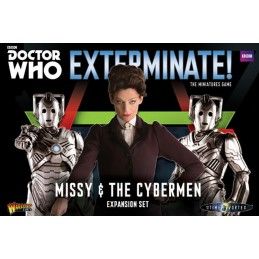 DOCTOR WHO EXTERMINATE! MISSY AND THE CYBERMEN EXPANSION SET MINIATURES

MISSY &amp; THE CYBERMEN gives you twelve easy-build plastic Cyberman miniatures and an exclusive metal miniature of Missy - the latest incarnation of the renegade Time Lord, the Master.

DOCTOR WHO INTO THE TIME VORTEX TETRAPS SET MINIATURES