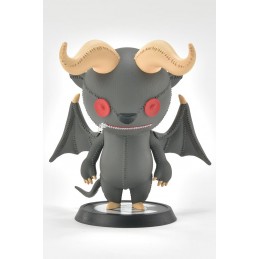 Buy now the statue of the Cutie1 series created by Prime 1 Studio dedicated to Zodd from Berserk. 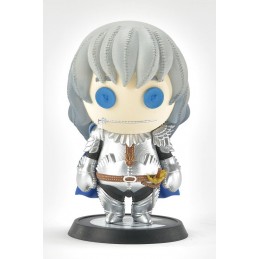 Buy now the statue of the Cutie1 series created by Prime 1 Studio dedicated to Griffith from Berserk.

Berserk is a dark fantasy manga written and illustrated by Kentaro Miura. This seinen saga sees the beginning of its publication in 1989 and is still in progress today; the story tells the adventures of the mercenary soldier Gatsu , a cursed warrior who wanders relentlessly to survive and carry out his personal revenge. The articulated plot and the important themes allow the presentation of strongly characterized characters within the manga that hide a great charm, leading the public to fall in love with it. Following the great success of the manga, anime, animated films and various video games have also been created that tell the story in all its parts. This narrative so appreciated and loved by fans gives life to the creation of collectibles of every type that portray the most important and representative characters of this saga.

Games and Comics to allow you to choose your favorite statues and action figures Berserk has created a section dedicated exclusively to collectibles taken from the Kentaro Miura manga.

Choose the best representations of the Berserk characters

The Games and Comics proposals selected for you and dedicated to the characters of Berserk present action figures and statues of the highest quality selected by some of the best brands belonging to the world of collectibles such as Prime 1 Studio , First4Figures , Good Smile Company , Threezero and Yamato with series of figures of different styles and sizes, ready to satisfy the wishes and requests of every fan of this saga. Among the various proposals you will find there are characters such as Grifis , Zodd the immortal , Isidore , the Knight of the Skull , Judeau and Gatsu in different outfits such as the way he presented himself in the times when he was part of the Hawks team or in its version with the Berserk armor .

Find out which action figure is best suited for your collection

The Online Games and Comics Shop is ready to present its entire offer to you both with proposals available for purchase and with pre-orders dedicated to many collectibles , to be able to stay up to date on future releases and not miss any. In addition, your trusted action figure shop also offers the GamesandComics App to allow you to choose your action figures , bobble heads , model kits and all the collectibles you want at any time with a few simple clicks.