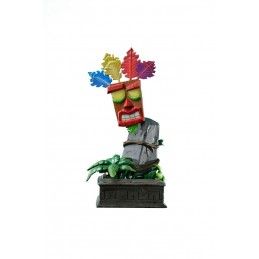 Price €249.90
More
 There are not enough products in stock 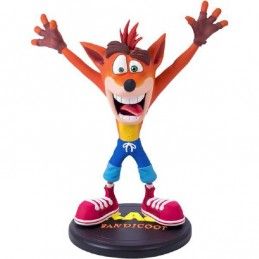 Crash Bandicoot is a franchise initially belonging to the platform genre and then moving on to other types of video games such as dynamic adventure, driving simulator and party. The first chapters of the saga were developed by Naughty Dog , a certainty in the world of video game development , which over time other production companies have taken over. The Playstation was the first platform on which Crash Bandicoot was presented , followed by GameCube , Game Boy , Wii , Xbox , Microsoft Windows and Nintendo Switch.

The video game Crash Bandicoot stars the homonymous character, who takes inspiration from a native animal of Tasmania, precisely the oriental bandicoot , which is given the name Crash for its ability to break things during its adventures inside of the video game . The other most famous characters of the saga are: Coco Bandicoot , Crash's sister ; Aku Aku the benevolent sorcerer who helps Crash who is opposed by his nemesis, as well as his brother Uka Uka ; and the evil Dr. Neo Cortex , Crash's cruel antagonist scientist . Games and Comics offers bobble heads, statues and Crash Bandicoot action figures dedicated to the most famous characters created by the best brands.

Games and Comics presents several collectibles dedicated to the Crash Bandicoot saga such as the Funko Pop bobble heads depicting Crash and Nitros Oxide among the many characters in a nice version of 10 cm tall statuettes.

Even Neca presents his action figures depicting Crash in different versions like Scuba Crash and Crash Jet Pack along with an ultra-deluxe version of the character with many interchangeable parts.

For those looking rather unique and the most important dimensions the brand First4Figures proposes tall statues from 25 cm to 65 cm, incredibly detailed that reproduce along with Crash also Dr. Neo Cortex and Aku Aku mask in different versions. Don't miss out on any of the fantastic Games and Comics proposals to make your collection unique.

Discover all the best collectibles dedicated to Crash Bandicoot

Visit the Online Games and Comics Shop to discover all the incredible collectibles dedicated to Crash Bandicoot available for purchase or in the possibility of preorder so that you don't miss your favorites.