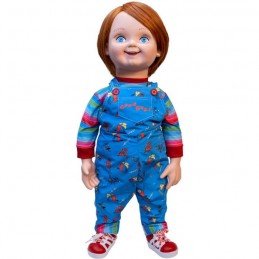 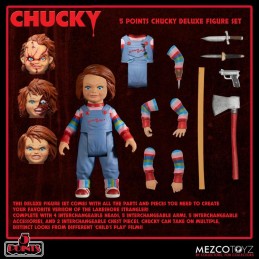 Buy now the Mezco 5 Points series deluxe set inspired by the mythical horror movie starring Chucky, the killer doll! In the box you will find many accessories and parts to recreate every pose and scene from the film. 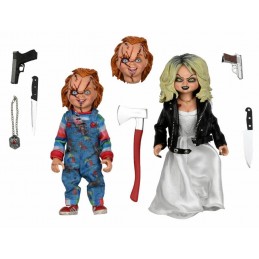 Order the new Neca 2-pack dedicated to Bride of Chucky! In the box you will find the action figures of Chucky and his bride Tiffany, both with detailed clothes in real fabric. In addition, in the box you will also find some accessories: an interchangeable head for Chucky, two daggers, two pistols, ax and necklace. 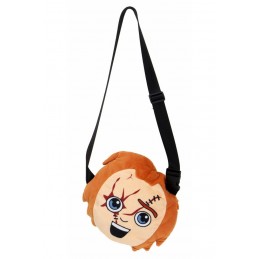 Kidrobot presents a nice plush bag, for the Phunny series, dedicated to Chucky! The bag has an adjustable shoulder strap of approximately 25 cm in length. 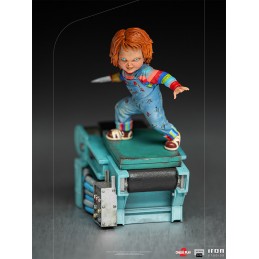 Order now the statue of the new line of figures dedicated to the Art Scale of Chucky the killer doll, from the movie Child's Play 2, created by Iron Studios for the cult film line.

In ‘Seed of Chucky’, Chucky and Tiffany embark on a new killing spree after being resurrected by their offspring, Glen. 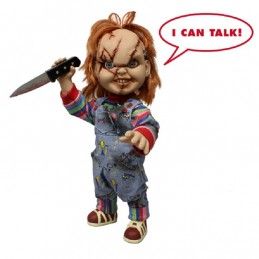 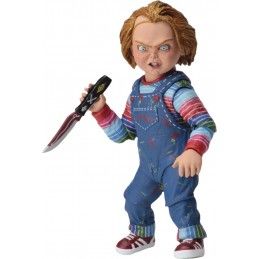 From the classic horror films, the murderous doll inhabited by the soul of a serial killer gets the Ultimate treatment! This definitive version of Chucky comes with a whopping four interchangeable head sculpts, and is packed with terrifying accessories 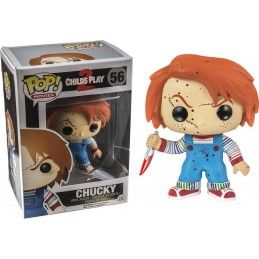 Chucky is the protagonist of the saga dedicated to The Assassin Doll , made up of eight different films, the first in 1988 and the last in 2019, with a reboot of the first film.
The character of Chucky was born from an intuition of the director and screenwriter Don Mancini, who gives life to the character of Charles Lee Ray , a serial killer who hunted and captured by the police, thanks to a voodoo ritual, transfers his soul inside a doll. of rag, creating the myth of Chucky . Along with Chucky over the course of the films, other characters are also revealed in the form of talking dolls, namely, his partner Tiffany and their son Glen, who once resumed human form will be split into twins, Glen and Glenda , due to his dual personality. The myth of the killer doll has fascinated many collectors, giving life to highly detailed action figure series that recreate the most famous killer dolls in the history of cinema.

Incredible Chucky action figures await you on our Online Shop

The world of the horror genre has been conditioned by the presence of a character with such a particular personality who has achieved success thanks to a unique style. Games and Comics has selected for you in its exclusive section dedicated to Chucky , incredible proposals signed by brands such as Mezco Toys , Neca and Trick or Treat Studios which thanks to their experience have reproduced the characters of the saga in an impeccable way. Choose, from our line of busts dedicated to this cult of horror cinema and the action figures that reproduce in an incredibly faithful way the innocent doll that Chucky takes possession of, the collectibles of your choice.

Enrich your collection with the best collectibles

Continuously arriving news and many collectibles available for purchase or pre-order await you on the Games and Comics Online Shop to give life to an unrivaled collection and fuel your passion for the horror genre. The most famous talking rag doll in cinema awaits you with the most unmissable offers.