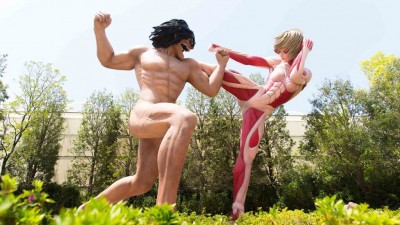 Attack on Titan is a post apocalyptic dark fantasy manga, set in a world where humans live within cities surrounded by huge walls that defend them from the sudden attacks of giants.
This manga is written and drawn by Hajime Isayama, started in 2009 and recently ended with the release of chapter 139, has enjoyed great success over the years, also leading to the production of several anime dedicated to the main saga and various spin-offs.

Armored giants, colossal giants and various other types of monsters constantly threaten the walls that protect humanity and often put human armies in difficulty during the various battles and causing numerous victims.
The protagonists of the series are Eren Yaeger, Mikasa Ackermann and Armin Arelet, who for different personal reasons find themselves fighting together to defend the human population and avenge their loved ones.

Secrets, twists and breathtaking clashes make the Attack on Titan one of the most successful manga of recent years, accompanying it in the Olympus of comics thanks to a great fame achieved among the public.

Discover all the collectibles dedicated to your favorite characters

The charm of this incredible saga has also led to the development of many collectibles, by the best brands in the sector such as Banpresto, Good Smile Company and Kotobukiya, which present fantastic statues and action figures dedicated to the most representative characters of the work.

The world of Games and Comics has selected for you the best creations dedicated to this manga with high quality collectibles ready to embellish and make unique the collections of the most passionate about this title.
For this reason, we want to present you now the latest works presented by Kotobukiya and available for pre-order on our Online Shop: 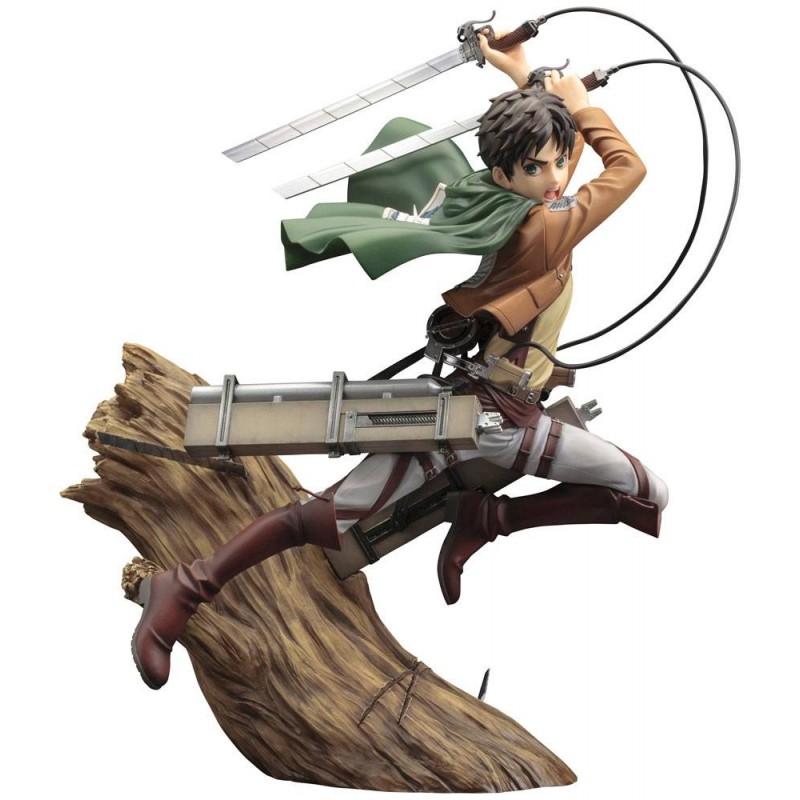 Eren is the main protagonist of the Attack on Titan manga, and is a teenager who wants to take revenge on the giants who took his mother away during one of their attacks.
Enlisted in the army, Eren joins the Reconnaissance Army, which has the role of venturing beyond the walls to discover new information on the giants that inhabit the territories surrounding the city of men.
This figure signed Kotobukiya portrays the warrior ready to launch an attack while he moves on the trees using the equipment to perform the three-dimensional movement.
The statue is 27 cm high and has a very high level of detail, like all the pieces belonging to the ARTFXJ series of this brand; don't miss the chance to pre-order this collectible! 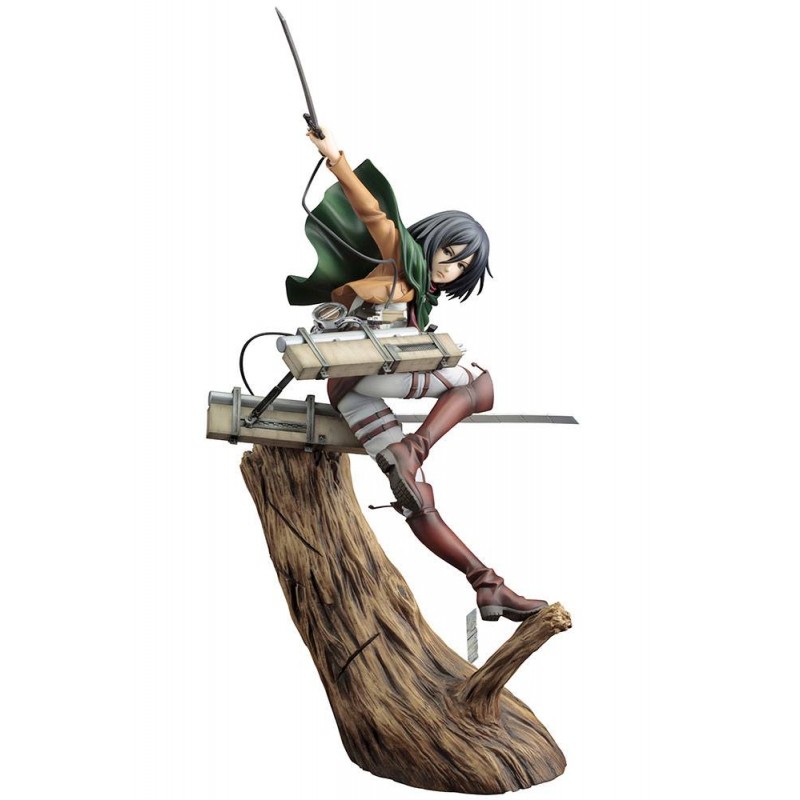 Mikasa Ackermann is one of the co-stars of the saga and is the adoptive sister of Eren, to whom he became very attached after the death of his parents at the hands of some human traffickers.
She lived with Eren and her family until the fall of Wall Maria, following the Attack on Titan.
Mikasa is always accompanied by her inseparable scarf, given to him by Eren, also present in this figure, where she is portrayed in battle pose with the clothes of the Reconnaissance Army, in which she wields her characteristic weapons. 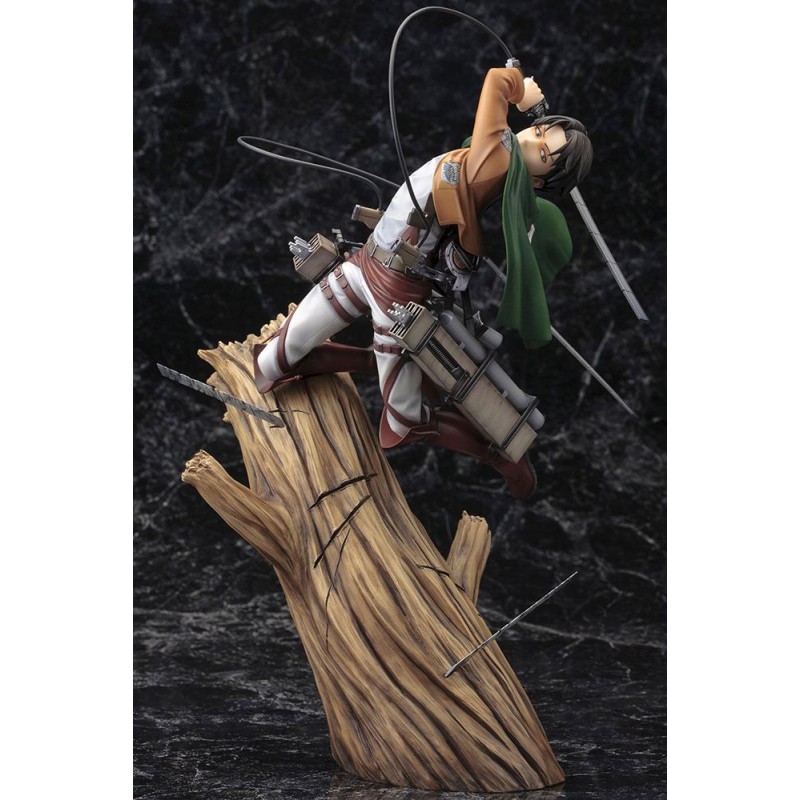 Levi Ackerman is the character recognized as humanity's most powerful warrior.
Levi is also captain of the Reconnaissance Army and makes hand-to-hand combat one of his best weapons.
In this statue of Kotobukiya he is portrayed as he unleashes one of his attacks, with the attentive and calculating gaze that distinguishes him, ready to foresee every move of the enemy that could put him in difficulty.
Also available for pre-order, this statue is an extraordinary representation of this character, in every single detail.
Get ready to add it to your Attack on Titan collection.

Visit the Games and Comics Online Shop now to discover all the offers dedicated to this unmissable saga.
Action figures, statues and gadgets of the highest quality await you in our section dedicated to the Attack on Titan, with lots of news always on the way, ready to amaze and offer fantastic collectibles to add to your collection.
Discover all the offers we have dedicated to you and choose your favorite figures right away, so as not to risk losing them!