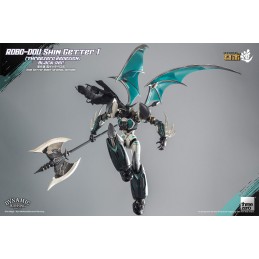 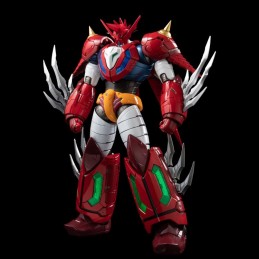 Order Shin Getter Dragon Now! From the manga-anime series of the same name, a new piece for the Riobot line comes from SentinelAs always, the mix of plastic and metal makes the figure an object of great quality, with numerous joints, interchangeable pieces and weapons at will. 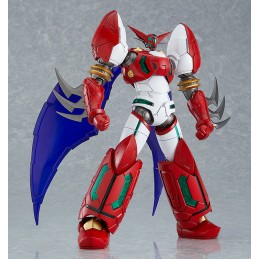 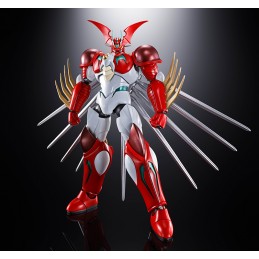 Buy now the GX-99 Getter Robo Arc created by Bandai for the Soul of Chogokin series. 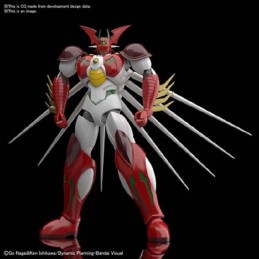 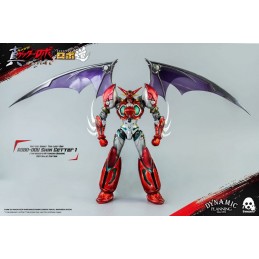 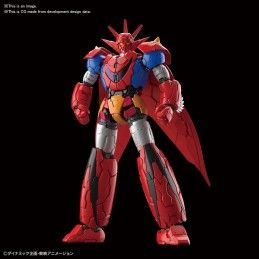 Buy now this beautiful HG kit of GETTER DRAGON by Bandai that use the experience they gained from their outstanding Infinity version of Mazinger Z and Great Mazinger! 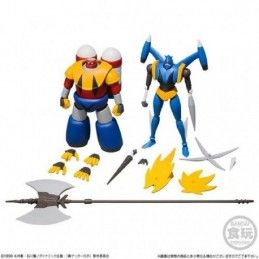 This is the 3rd volume of Super Minipla Getter Robo series. 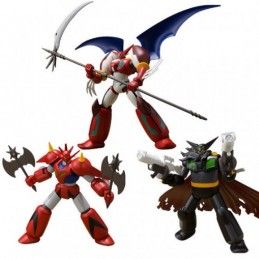 Interchangeable parts enable you to recreate various action poses in the scenes. 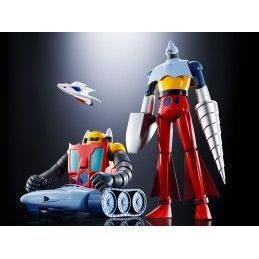 The Getter team comes together! Hot on the heels of the D.C. Series Getter One (sold separately) comes a set of Getter Two and Three. 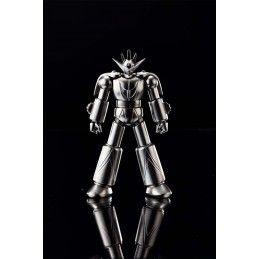 ABSOLUTE CHOGOKIN is a  brand from Tamashii Nations that realizes the quality and detail of the original CHOGOKIN brand on a smaller scale. 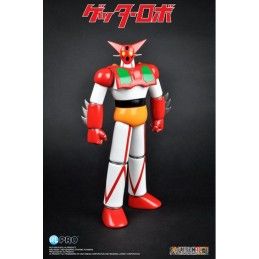 Here comes this amazing figure inspired by the Go Nagai robotic creatures from the 80s anime. 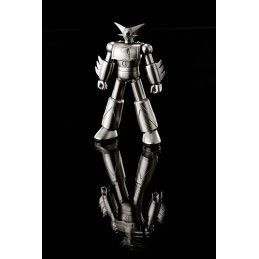 ABSOLUTE CHOGOKIN is a new brand from Tamashii Nations that realizes the quality and detail of the original CHOGOKIN brand on a smaller scale.

Getter Robot is an anime made in 1974 by Toei Animation with the help of cartoonist Go Nagai, who later also created a manga adaptation of this series consisting of 51 television episodes. Getter Robot is the first modular and transformable mecha in the history of Japanese robots , and this peculiarity has allowed it to achieve great success in the world. The plot of the anime tells the story of Professor Saotome , a scholar of Getter rays and their mysterious peculiarities that he uses, after discovering the serious danger in which the earth was, to build a robotwith different configurations, created to combat the imminent threat of the people of the Dinosaur Kingdom , which remained in hibernation for millennia and ready to recapture the territories that once belonged to them. The protagonists of the anime are the three pilots of the Getter Robot : Ryoma Nagare , Hayato Jin and Masashi Tomoe who drive respected Get Machine Eagle , Getter Machine Jaguar and Get Machine Bear . Games and Comics to pay homage to this immortal anime and manga has decided to create a section dedicated to the collectibles of this fascinating mecha .

The proposal selected by Games and Comics presents a wide offer dedicated to Getter Robot with creations of the best brands such as Bandai with its incredible Soul of Chogokin and Absolute Chogokin series and other brands of great value such as Kaiyodo , High Dream , Threezero and Kotobukiya . Within the Games and Comics selection, many characters from the anime are available for purchase or pre-order such as, for example, Getter 1 , Getter Emperor , Getter Liger , Getter Poseidon , Shin Getter 1 , Getter Dragon and Black Getter between the many.

Choose your favorite figures with Games and Comics

Do not miss the opportunity to buy your favorite action figures by combining the very high quality of our proposals with a truly unmissable convenience. Games and Comics is ready to satisfy your every desire with always new proposals and lots of constantly coming news that you can know thanks to our pre-orders section .