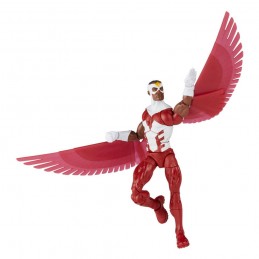 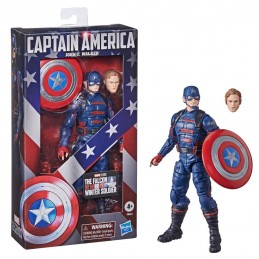 Buy now the new action figure dedicated to Captain America John F. Walker, from the Disney + The Falcon and The Winter Soldier TV series by Marvel Comics, created by Hasbro, for the Marvel Legends line. 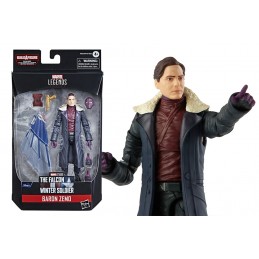 Buy now the new action figure dedicated to Baron Zemo from the TV series The Falcon and the Winter Soldier, created by Hasbro, for the Marvel Legends line. 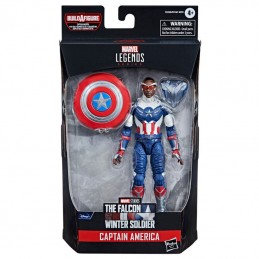 Buy now the new action figure dedicated to the superhero Captain America Sam Wilson from the TV series The Falcon and the Winter Soldier, created by Hasbro, for the Marvel Legends line. 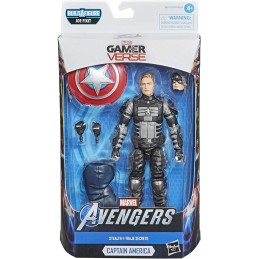 Buy now the new action figure dedicated to the Stealth superhero Captain America of the Avengers, created by Hasbro, for the Marvel Legends line. 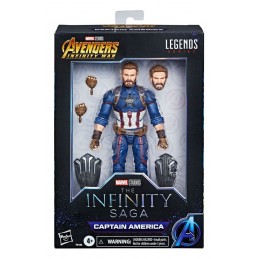 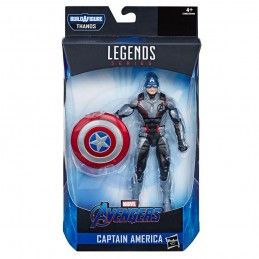 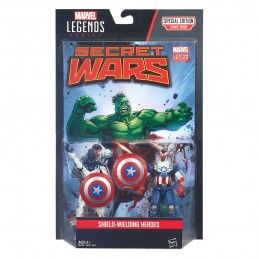 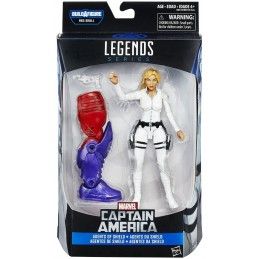 Captain America whose real name is Steve Rogers is a Marvel Comics character conceived by Joe Simon and Jack Kirby, born during World War II as a propaganda element, today he is rendered as the embodiment of the conscience of America, sensitive and human always ready to help others; was the leader of the Avengers in the recent MCU saga . Captain America's birth dates back to when Steve Rogers, during the Second World War, he wanted to join the army, but was rejected due to his lack of physical prowess; he was allowed, however, to participate in a secret experiment that involved the injection of a chemical preparation, with the aim of creating invincible soldiers who could fight the war, later called the super soldier serum , which gave him incredible abilities making him the hero who today we know. The character of Captain America is one of the most loved in the history of Marvel superheroes and beyond, thanks to his character and charisma that make him truly unique; for this reason numerous collectibles have been dedicated to him over time , portraying him in his numerous appearances.

The Shop Online for Games and Comics offers a wide proposal dedicated to products themed Captain America . For example, as far as board games are concerned, you will find the fantastic Marvel Heroclix with different editions such as Marvel Heroclix Earth X , Marvel Heroclix Captain America and The Avengers and Marvel Heroclix Secret Wars Battleworld . Even gadgets such as cups , mats , piggy banks , key chains and other accessories dedicated to Cap are present on the Shop Online Games and Comics . Much appreciated by the most ardent fans are above all the collectibles , with action figures , bobble heads and statues selected by the best brands and series to offer figures of the highest quality that will enrich the collections of Captain America lovers . The action figures in this section are produced by brands such as Bandai , Beast Kingdom , Diamond Select , Hasbro , Hot Toys and Square Enix with pieces of absolute beauty and value, with interchangeable parts and a unique posability that will allow them to be exhibited in the most characteristic poses. which he takes in battle. Even bobble head incredible are available for purchase on Shop Online Games and Comics with figures made by Neca and Funko with its series Funko Pop! Marvel . Finally, fantastic statues are selected from the proposals of brands such as Beast Kingdom , Iron Studios and Diamond Select which present different versions of Captain America together with companions and enemies who appeared in his sagas.

Choose your favorite items dedicated to Captain America on the Online Games and Comics Shop to always have him by your side. Stay up to date on future releases of collectibles thanks to our pre-orders section so you don't miss out on any action figures that you can't miss in your collection.