67576
IRON STUDIOS
Rating
Buy now this Spider-man 1/10 BDS Art Scale statue by Iron Studios with a very detailed base including an Outrider and his armor armed with tentacles. 36 cm tall resin made diorama!

Spider-Man is the young Peter Parker, orphan raised and educated by loving uncles. As a teenager, during an experiment, a genetically modified spider bit Parker and altered his DNA giving him the proportional powers. Created by Stan Lee and Steve Ditko in 1962 and played in the Marvel Cinematic Universe by Tom Holland, Parker is a high school student and was recruited by Tony Stark in the Avengers Civil War , receiving technological support. With the invasion of Thanos and his Black Order, he joined the Avengers and Guardians of the Galaxy to face the Mad Titan!Now, back from the snap, Spider-man helps the heroes of the Earth in this 1/10 BDS Art Scale by Iron Studios with a very detailed base including an Outrider and his armor armed with tentacles, that is part of Avengers Edgame battle diorama.License: Avengers: Endgame Scale: Art Scale 1/10Features:- Limited edition- Based on original movie references- Made in polystone - Hand painted- This statue is part of a battle diorama based on the Avengers: Endgame movie 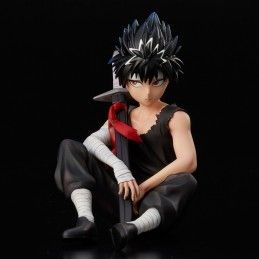 From the manga-anime saga Yu Yu HAKUSHO here comes a cool line of fine pvc statues dedicated to some of the most beloved chracters from the serie. 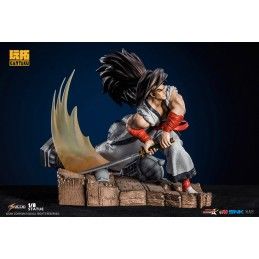 Haohmaru is the leading role in Samurai Shodown series, and performances from the beginning to the end.this resin statue is the perfect item for all Samurai Shodown players. 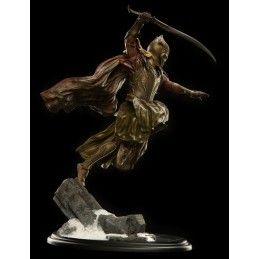 The latest in our 1:6 scale line, the Mirkwood Elf Soldier is designed to accompany the Dwarf Soldiers of the Iron Hills. Although available as standalone statues, we recommend displaying them as one dynamic scene, straight out of The Hobbit: The Battle of the Five Armies. 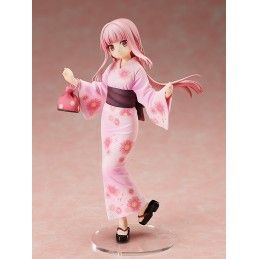 From the anime series "Puella Magi Madoka Magica Side Story: Magia Record" comes a 1/8th scale figure of Iroha Tamaki in a yukata!