Are you updated on all our news?

Bandai or Iron Studios, which statues will you choose?

Have you already chosen your Star Wars collectibles?

Have you already decided which Heroclix series you prefer?

In the film, Batman v Superman: Dawn of Justice, BRUCE WAYNE creates an armored suit, assembling the full might of mankind's technology, shoring up the strength of Earthlings against the might of the powers of the alien SUPERMAN.

In the film, Batman v Superman: Dawn of Justice, BRUCE WAYNE creates an armored suit, assembling the full might of mankind's technology, shoring up the strength of Earthlings against the might of the powers of the alien SUPERMAN. The hulking and heroic appearance of that suit has been recreated here as a PLAY ARTS KAI action figure. We’ve carefully contrasted the hard metallic edges with flowing organic details of cloth-like texturing on the cape. Tiny nicks, scratches and weathering on the armor show BATMAN’s battle scars. His eyes, painted with a pearlescent paint, look almost as if they are glowing. All these details and more make it seem as if BATMAN is in the midst of battle with SUPERMAN. The deep emotions springing from beneath his heavy armor can be expressed through a wide range of action poses. He is well-prepared, with accessories including a grenade launcher and various interchangeable hand pieces. 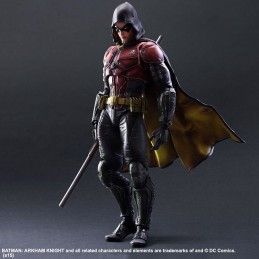 BATMAN’s sidekick, ROBIN makes his appearance! In BATMAN: ARKHAM KNIGHT, ROBIN is a character with a stylish and intelligent demeanor, shrouded in mystery. 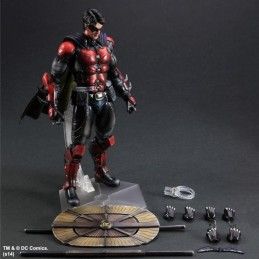 ROBIN is a dynamic crime fighter: not only well-versed in handling any and all types of weaponry with exceptional shooting and martial arts skills, but also demonstrating a sharp detective's mind as an expert in criminology. 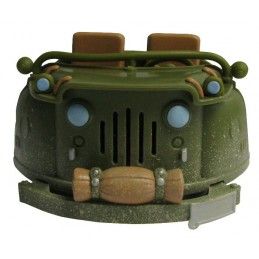 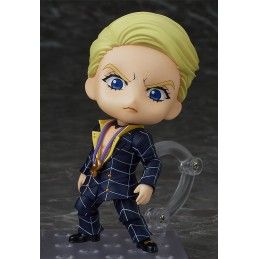 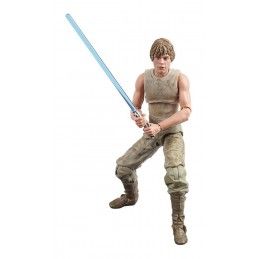 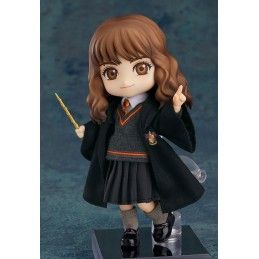