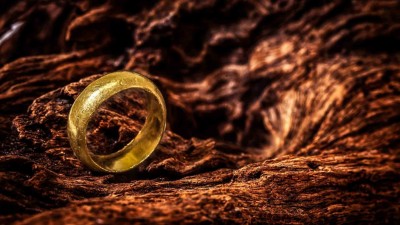 The Lord of the Rings, a book by J. R. R. Tolkien written between 1937 and 1949, was made famous to the general public by the trilogy of films directed by Peter Jackson released in the early 2000s. This incredible fame has made this trilogy one of the greatest colossal fantasy in history for its fantastic cinematic adaptation that has fascinated several generations thanks to its scenes studied in detail. The mission undertaken by the company of the Ring to destroy the jewel so desired by Sauron, the dark lord, has brought the protagonists in the midst of many battles and adventures that have made this story unique. Weta together with other brands in the collectibles sector, has decided to pay homage to this saga with fantastic the Lord of the Rings fascinating and exclusive action figures, which cannot be missing in the collections of true fans of the series.

Discover all the collectibles dedicated to the Lord of the Rings

Games and Comics within its Online Shop offers a wide selection of action figures, replicas, mini figures and statues dedicated to the Lord of the Rings with his most representative characters and the weapons and objects they used in the saga.
Weta Workshop is one of the most important brands that creates collectibles dedicated to this incredible title with statues and mini figures with a unique style that will impress anyone who appreciates the Lord of the Rings, thanks to the unmistakable design and the obsessive attention to even the seemingly less significant details. .
The quality and craftsmanship with which these collectibles are produced make Weta Workshop one of the best brands in the reproduction of Lord of the Rings action figures.

Games and Comics now presents you with some of the best mini figures from Weta Workshop dedicated to the protagonists of the trilogy:

Weta Workshop mini figure the Lord of the Rings - Galadriel 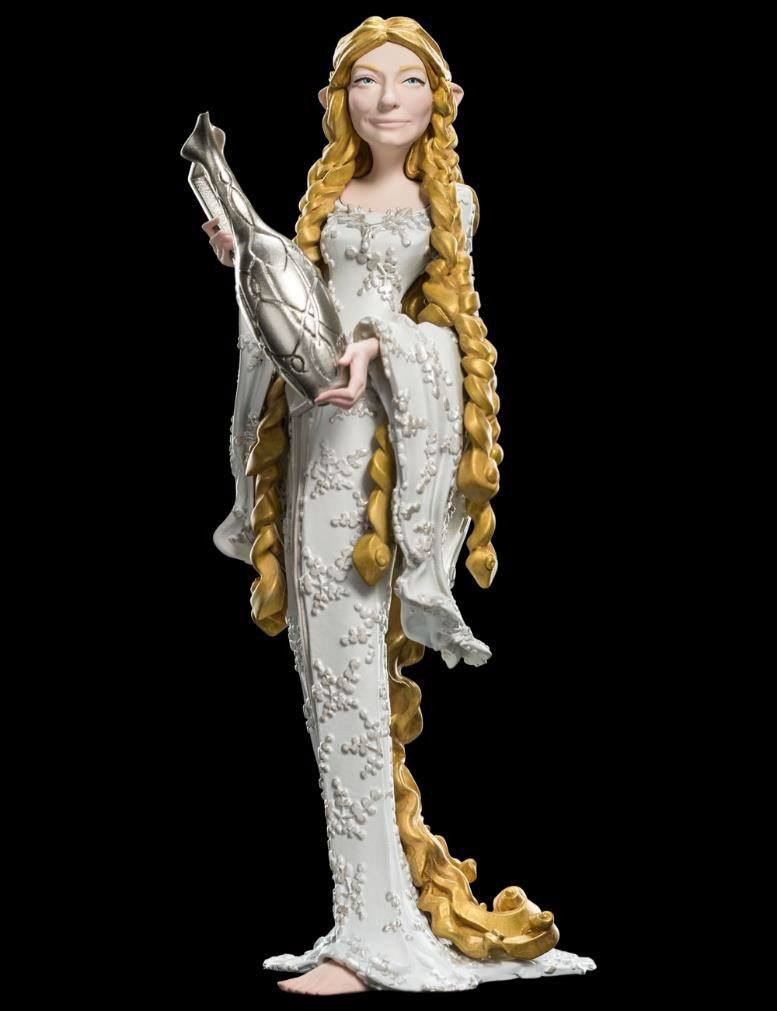 Galadriel, the Lady of the Woods, ruler of Eregion and Lothlorien is one of the characters who cross paths with the Fellowship of the Ring during the mission to destroy the One Ring; this character of mystical beauty is portrayed by Cate Blanchett in the movies and in this mini figure she is portrayed in all her candor, with great prominence for her blond hair in which the elves believed the light of Laurelin and Telperion, the two Valinor trees.
The unmistakable style of the lines of this figure makes it unique in every detail, enhancing its elegance and beauty.

Weta Workshop mini figure the Lord of the Rings - Aragorn 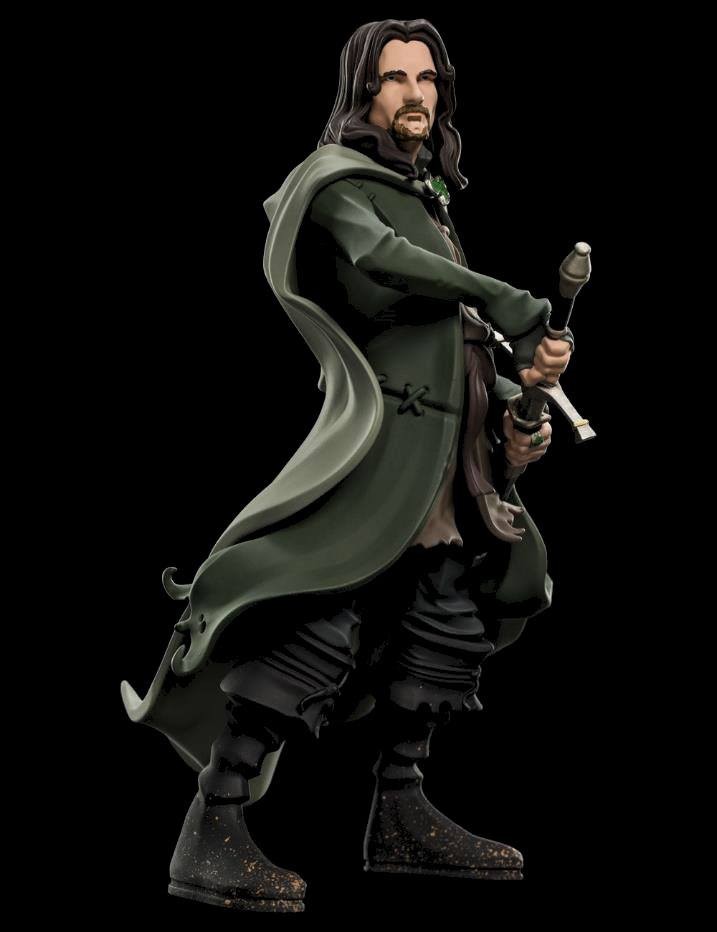 Aragorn, also nicknamed Granpasso throughout the films, is the last descendant of Elendil and Isildur and heir to the throne of Gondor; in the peter jackson trilogy this character is played by Viggo Mortensen and in this mini figure he is represented drawing his sword to prepare for battle. Weta Workshop portrays Aragorn in this collectible paying great attention to every detail as can be seen in the mud stains present on the shoes and on the Athelas leaf-shaped brooch that closes his cloak.
The size of the figure is 11 cm high and is distinguished by a particular design that makes this mini figure inimitable. 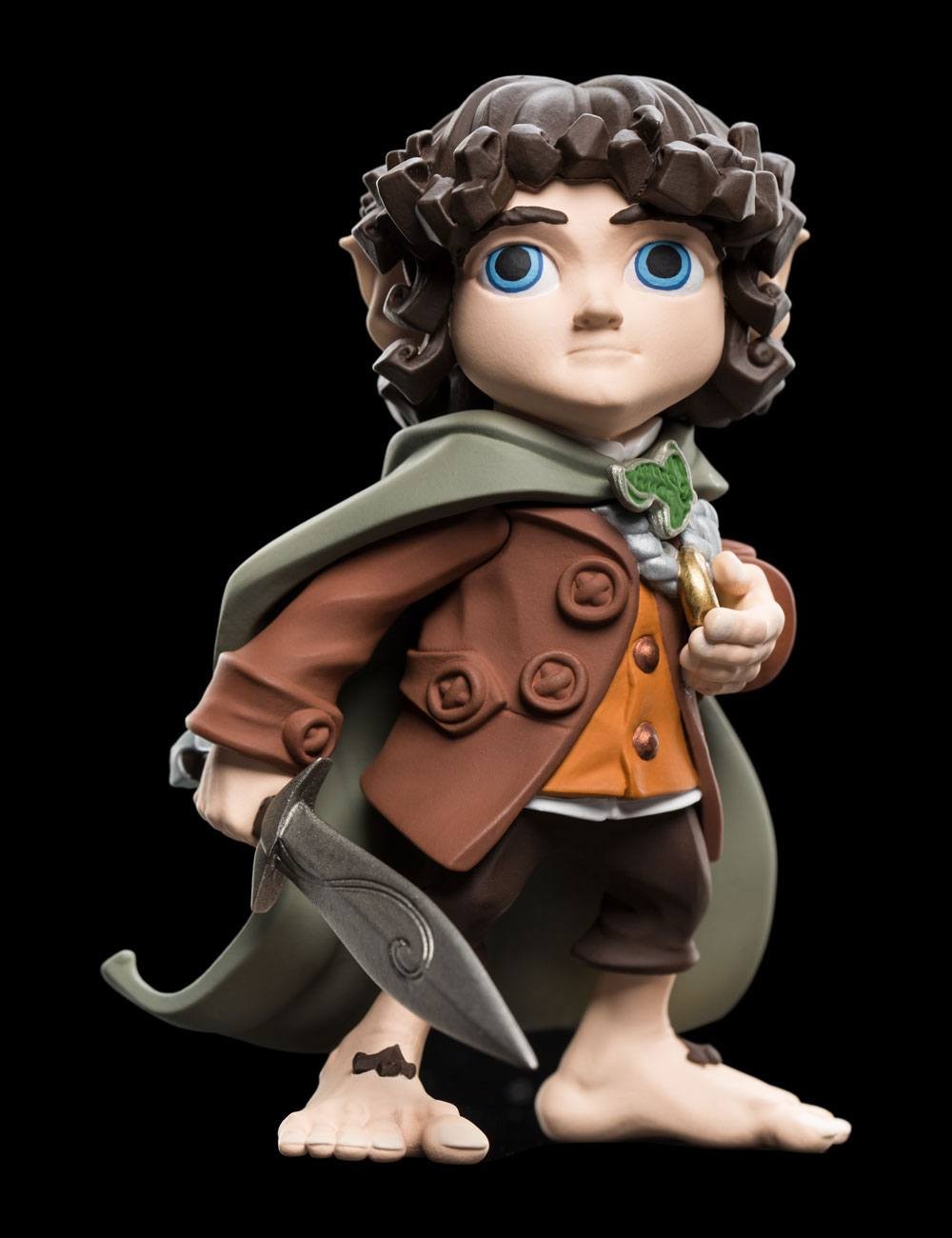 Another proposal from Games and Comics is the mini figure about 10 cm high of Frodo Baggins, the protagonist of the film trilogy of the Lord of the Rings, the Hobbit with the arduous task of having to bring the Ring to Mount Doom to destroy it; Weta Workshop pays homage to this character with his particular representation, which characterizes the entire series of figures in this collection with his style.
Frodo is represented in this mini figure with his goad, which accompanies him throughout the story, and holds the One Ring in his hands that conditions him with his great power.
All fans of the saga cannot help but have this figure in their collection to celebrate the most famous Hobbit in the entire county.

Discover on the Online Games and Comics Shop all the proposals dedicated to the Lord of the Rings and not only to select your favorite collectibles with which to enrich your collection.
Games and Comics offers you many products available for immediate purchase and gives you the opportunity to stay up to date on future releases thanks to its pre-orders section that shows you a preview of future releases and allows you to secure the collectibles that you will not be able to do for less, also taking advantage of incredible discounts.

Choose Games and Comics as your trusted action figure shop to give you the best collectibles at unbeatable prices.

THE LORD OF THE RINGS MINICO FRODO FIGURE 12 CM STATUE

THE LORD OF THE RINGS MINICO GANDALF FIGURE 18 CM STATUE

THE LORD OF THE RINGS MINICO GOLLUM FIGURE 10 CM STATUE