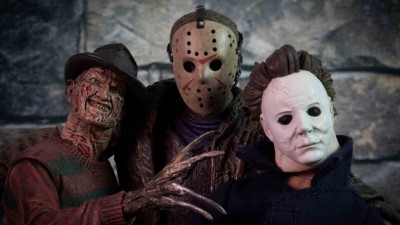 The National Entertainment Collectibles Association (NECA) is a US company specializing in the production of collectibles such as action figures and bobble heads dedicated to characters from video games, sports, music, famous people and in particular cinema.

The Neca action figures are highly sought after collectibles among lovers of the genre for their accuracy in detail that allows you to appreciate the characters reproduced in an incredible way; since 1996, the year of its foundation, Neca has created collectibles dedicated to many film titles and not only as TMNT (Teenage Mutant Ninja Turtles), Contra, God of War, Superman vs Muhammad Ali, Spyro and many others.

In addition to its action figures, Neca is also particularly known for the series of bobblehead head knockers that portray Marvel and DC Comics superheroes as well as characters from cult sagas such as ET Extraterrestrial, Ghostbusters, Adventure Time, Alien and Nightmare among many.

The most successful Neca action figure series mainly represent characters taken from the cinema, with several series dedicated to horror films, Marvel and DC superhero films, but also science fiction films such as Godzilla, King Kong, Back to the Future, TMNT, Pacifim Rim and Terminator; these characters are represented in a unique way, with reproductions refinished in the smallest details and with a unique articulation and posability that allow them to be exhibited within your collection in their most iconic poses.

Among the series dedicated to horror films are present on the Online Shop of Games and Comics fantastic action figures taken from titles such as: Pupper Master, Predator, Alien, Gremlins, Friday the 13th, Scream, Toony Terrors, la vendetta di Halloween, The Conjuring, IT and Ash vs Evil Dead.

As for the films dedicated to the worlds of Marvel and DC Comics superheroes, Games and Comics presents action figures from several films, such as Batman 1989, directed by Tim Burton, with collectible characters such as Catwoman and Batman played by Michael Keaton, made in 1/4 scale that reach a height of 45 cm, already available for pre-order, to ensure them at the time of their release.
Another proposal related to the DC world is the one that represents the iconic Superman VS Muhammad Ali clash, made famous by the homonymous comic published at the turn of the 70s and 80s that marked an entire generation, narrating the clash between two of the most loved characters of the time and today represented by Neca with two action figures about 17 cm high that reflect the characters of the comic in all their particularities.

Games and Comics now presents you some proposals for Neca action figures on the Online Shop to immerse you even more in the world of this fantastic brand that has conquered many fans over the years: 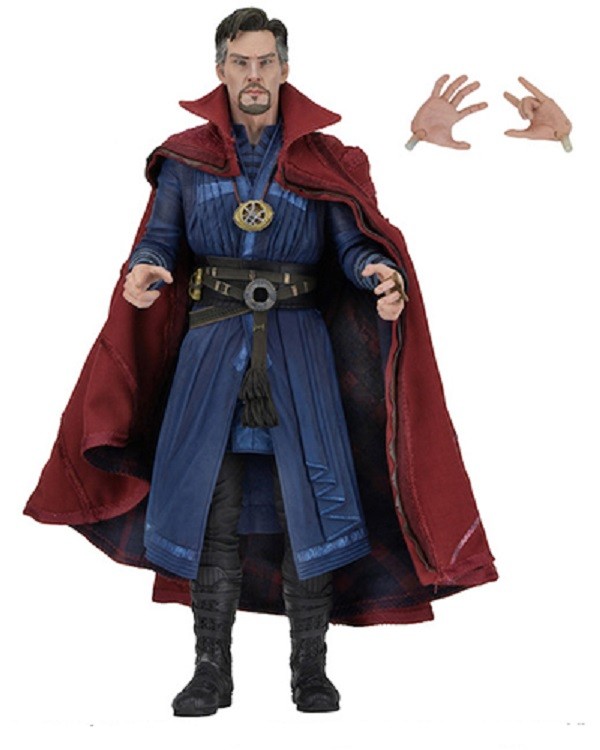 Doctor Strange is a 2016 Marvel film that stars actor Benedict Cumberbatch as the famous sorcerer, shown here in a fantastic 1/4 scale Neca action figure.
The height of the figure of about 45 cm makes it imposing and majestic with several interchangeable parts inside the package to be able to customize your collectible so that it can be displayed as you prefer thanks to its great articulation and posability. 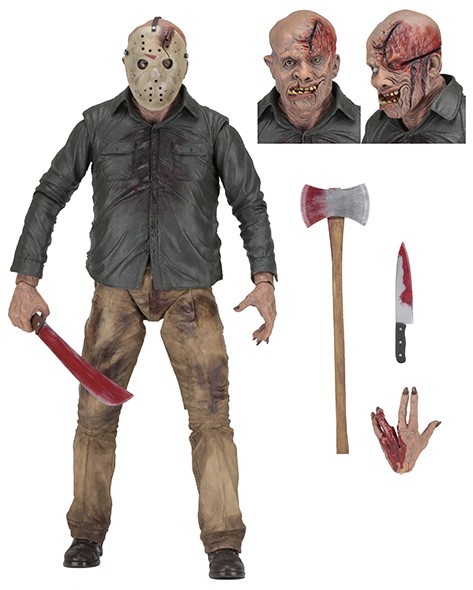 Jason Voorhees is the protagonist of ten of the twelve films in the Friday the 13th saga, an iconic character in the world of horror cinema.
Neca has created its own action figure in a deluxe version with a 1/4 scale, 45 cm high, available on the Games and Comics Online Shop, which presents inside its blister several pairs of hands as well as various weapons such as machete, knife and ax in addition to the face which provides the possibility to expose it both with and without a mask. 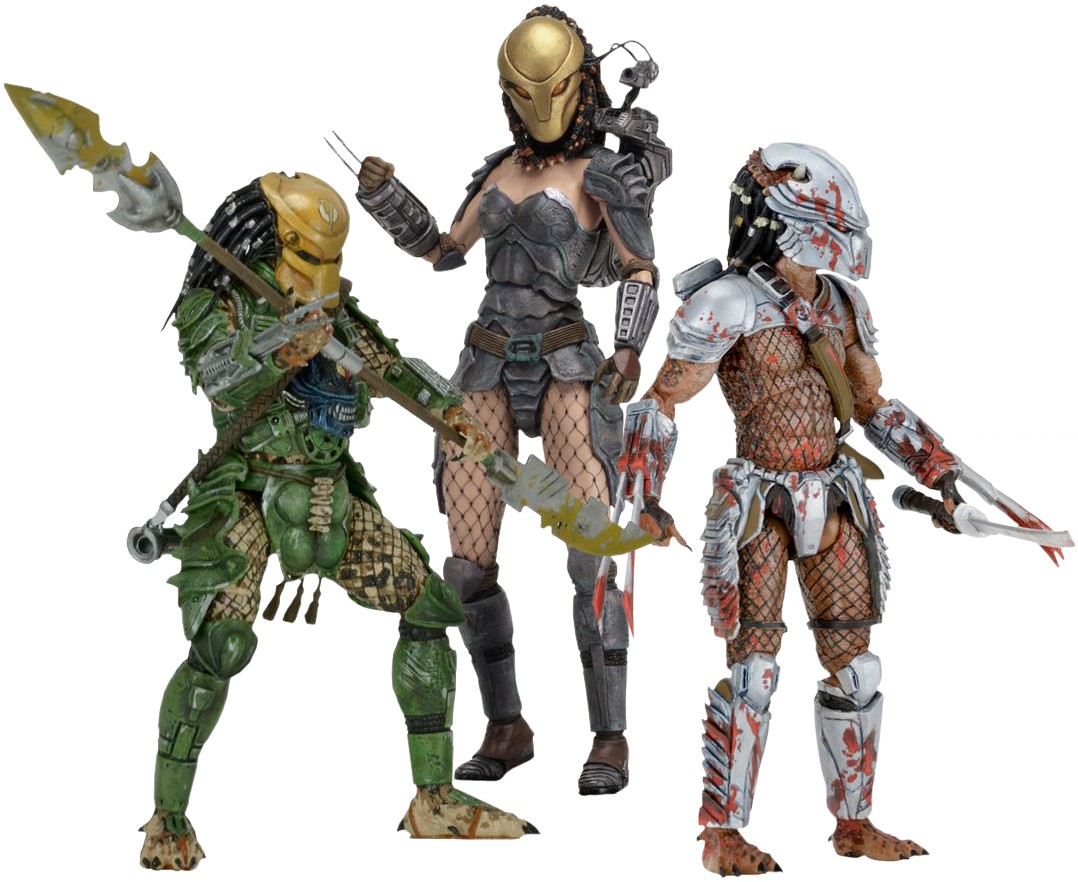 Predator is a film saga consisting of four horror films as well as numerous crossovers, literary adaptations, comics and video games.
Predators are a race of fast and deadly alien predators when hunting. This set by Neca features its interior: Hornhead known as the champion, one of the strongest Predators, characterized by its brown skin; Broken Tusk, the Predator also known as Yeyinde (the brave) is another of the figures in the set that features several interchangeable objects with over 25 points of articulation that ensure great posability and articulation; finally, this Neca proposal presents the figure of Machiko, a human character who lived part of his life together with the Predators, becoming a skilled warrior, represented here with great attention to detail in a figure that features interchangeable weapons and faces for customization.

Visit the Games and Comics Online Shop for the full offer

Discover the entire Neca proposal available on the Games and Comics Online Shop with many products available for purchase and with the possibility of pre-ordering, to stay up to date on future releases and not miss any of your favorite figures.

The Christmas period is upon us and Games and Comics is ready to offer you lots of innovative gift ideas for your family and friends to cheer up the holidays with by sharing your passions. Visit your trusted action figure shop to discover all our offers!