Have you already decided which Heroclix series you prefer? 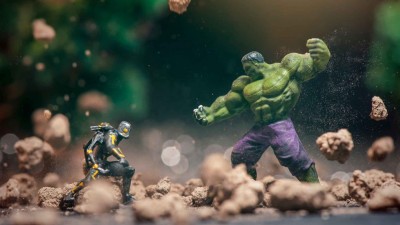 HeroClix is a collectible miniatures board game based on the use of Marvel and DC Comics characters, together with other video game series, in which you have to create your own team to face the opponent and defeat him by following simple and dynamic game rules .
Wizkids is the creator and developer of this fantastic board game, based on grid maps, which combines the universes most famous and loved by fans of the superhero world.

This game follows a simple method of operation called the Combat Dial System, which uses a rotating dial at the base of the miniatures to explain their technical characteristics within the game based on one's condition in the game; thanks to this schematic and efficient game system it is possible to have a huge choice of different characters to use in your team choosing from many superheroes, villains and secondary characters from different sagas.

Discover the best offers from Games and Comics

The vastness of the universe of HeroClix created by Wizkids includes many series of different characters with incredibly detailed miniatures with the possibility of buying both pre-painted and ready-to-use kits and miniatures only primed that need to be colored to bring out every detail that characterizes them .
Any model-making lover will know this fantastic game, and if he hasn't tried it yet, now is the right time!

The Games and Comics Online Shop, in fact, presents a wide offer dedicated to the miniatures of this incredible game with fascinating proposals not to be missed such as the series: Marvel HeroClix X-Men House of X, DC Comics HeroClix Wonder Woman 80th Anniversary, Marvel HeroClix: Spider-Man and Venom Absolute Carnage, Harley Quinn and the Gotham Girls, Secret Wars Battleworld and many more. 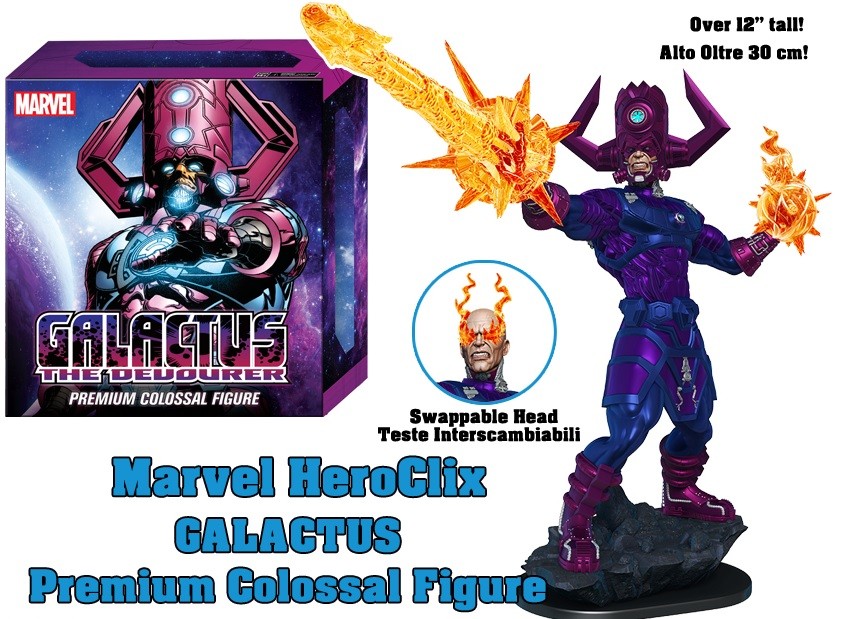 Galactus - the Eater of Worlds, is one of the most fearsome villains in the Marvel Universe, capable of destroying planets without any effort; even here in the world of HeroClix it is one of the most feared and at the same time admired miniatures of the entire board game, due to its disproportionate size, in fact it is more than 30 cm tall, and due to the enormous impact it has on dynamics of the game because of his boundless powers.
This miniature also has a great value from a stylistic point of view due to the high level of detail that characterizes it with a truly unique use of colors and details among the miniatures signed by Wizkids; two interchangeable heads and a base with 4 dials, to make the most of Galactus' power, await you in the collection. 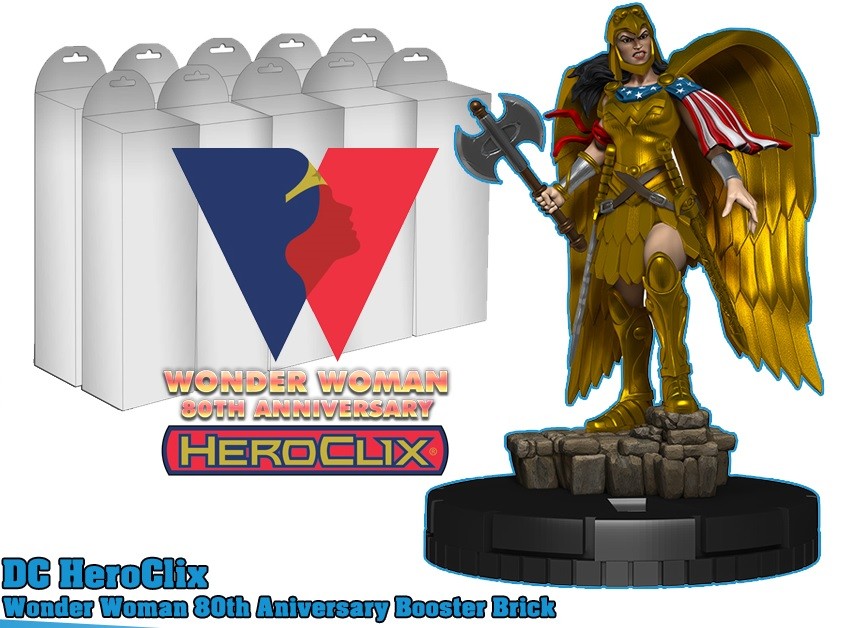 The DC Comics heroes are one of the protagonists in the Heroclix miniature game, so today we want to present you an exclusive set dedicated to the 80th anniversary of Wonder Woman containing 10 boxes with 5 figures each, in which you can find many different DC superheroes to obviously starting from Wonder Woman, honored for its 80 years of history, along with characters such as the Amazons, Green Lantern, Supergirl, Star Sapphire, Mary Shazam, Jessica Cruz, Batman and many others.
Enrich your side with your favorite characters and your battles will become even more fun! 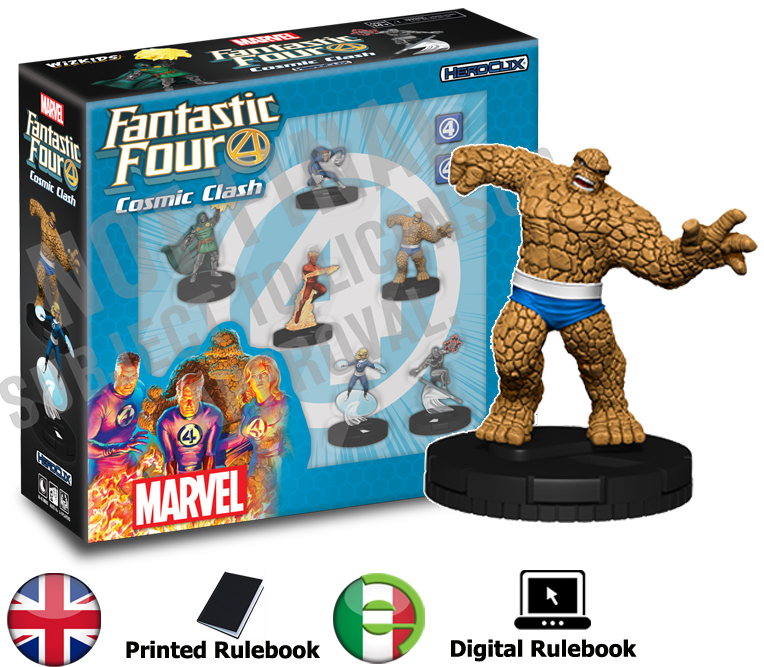 At Games and Comics you will also find the basic boxes that are ideal for entering the HeroClix world, with everything you need to start playing by discovering the rules that characterize this board game.
In this version dedicated to the Fantastic Four you will find in addition to all the necessary accessories and regulations also six fantastic miniatures of Mr. Fantastic, the Invisible Woman, the Human Torch, the Thing, Silver Surfer and Dr. Doom; with these characters you can create many different teams to play with your friends and challenge them with dice.

Once you've chosen your favorite HeroClix miniatures it's time to start playing.
Prepare your line-up and challenge your friends, taking advantage of all the skills of the Marvel and DC Comics superheroes and villains you have chosen for your line-up.
By purchasing from Games and Comics you can take advantage of the best offers for your miniatures and you will be ready to play in no time.

Epic battles are on the horizon for you, be prepared for the best!