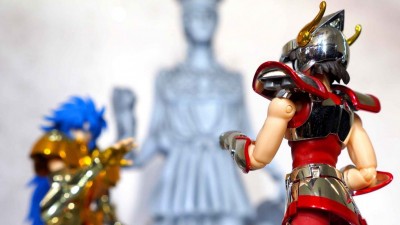 The Knights of the Zodiac is an anime and manga series, born from an idea of ​​the Japanese cartoonist Masami Kurumada in 1985, first with a manga consisting of a series of 28 volumes, which were followed over time by numerous spin-offs and sequel.
Video games, films, short films, novels, from the universe of the knights of the cosmos an incredible series of stories was born that tell the adventures of many different characters, today entered the hearts of the fans of this saga.
Saint Seiya - The Knights of the Zodiac is the name of the original series, which was followed by other titles such as Next Dimension, Saint Seiya Omega, Episode G, The Lost Canvas, Saintia Sho, Episode G Assassin, Soul of Gold and many others.
Among the most representative characters we remember the classic Bronze Knights, composed of Seiya of Pegasus, Shiryu of Dragon, Hyoga of Cygnus, Shun of Andromeda and Ikki of Phoenix, who always have the aim of defending the earthly reincarnation of the Goddess Athena, represented by Lady Isabel (Saori Kido); often accompanied or faced by the most powerful Golden Knights defenders of the 12 houses of the signs of the Zodiac, among which we remember, for example, Saga of Gemini, Aiolia of Leo, Deathmask of Cancer and Aphrodite of Pisces.

Each character of this saga has a particularity that distinguishes him, his own personal attitude that makes his personality unique, often also found in the special attacks and in the shape of the armor that accompany him, for this reason all the Saint Seiya action figures that you await present truly unique traits that will, without any doubt, embellish every collection dedicated to The Knights of the Zodiac.

Find out what awaits you on our Online Shop

Games and Comics, to respond to every desire on collectibles dedicated to the world of Saint Seiya, offers a very wide offer collected in the section dedicated to this title with proposals of different types to meet every need of fans.
Action figures, bobble heads and dioramas from the best brands such as Bandai and Funko await you with very high quality series such as those of Myth Cloth, Funko Pop! Saint Seiya and DD Panoramation.
Do not miss our exclusive offers and immediately discover some of our latest news: 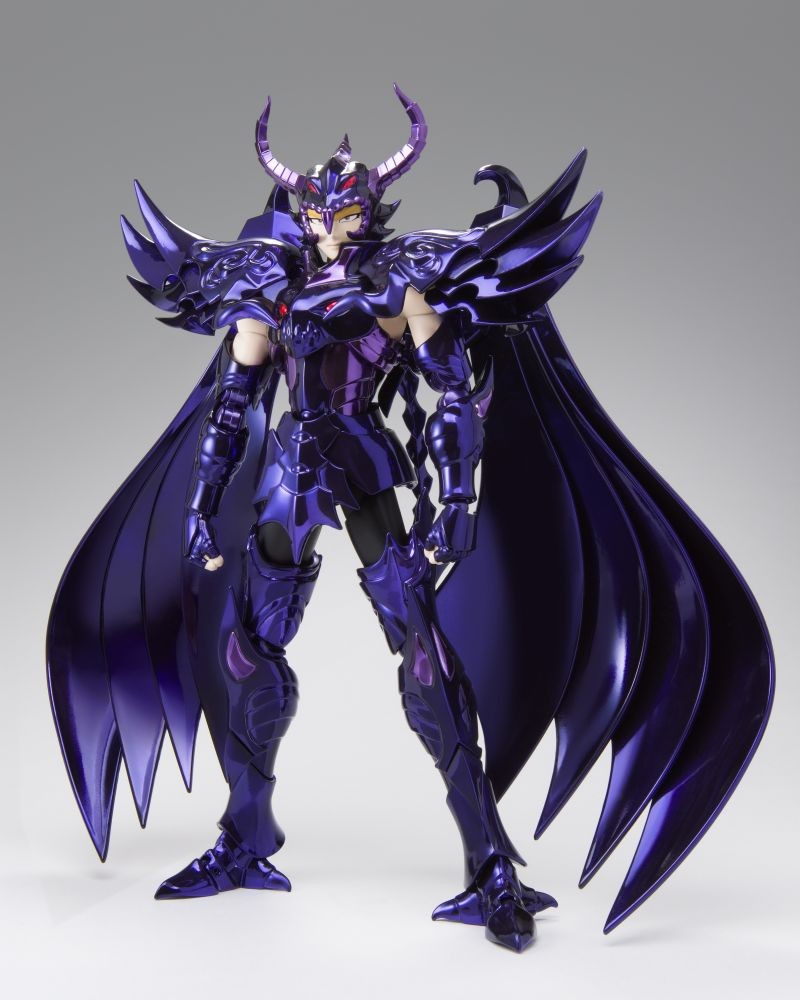 One of the most feared and infamous enemies among the Knights of the Zodiac is definitely Wyvern Rhadamanthys, one of the 3 infernal judges along with Griffon Minos and Garuda Aiacos, faithful servants of the God of the underworld, Hades.
The source from which this character draws energy is the ferocious celestial star that allows him to express his full potential thanks to attacks of tremendous power.
The wyvern shape of his armor takes the form of this mythical creature, portrayed with a dark purple color that identifies the evil of the character.
This 18 cm high action figure portrays Rhadamanthys in a spectacular way, with an incredible attention to detail, made even more precious by this version of OCE colors, which reflect those of the classic manga of the Knights of the Zodiac. 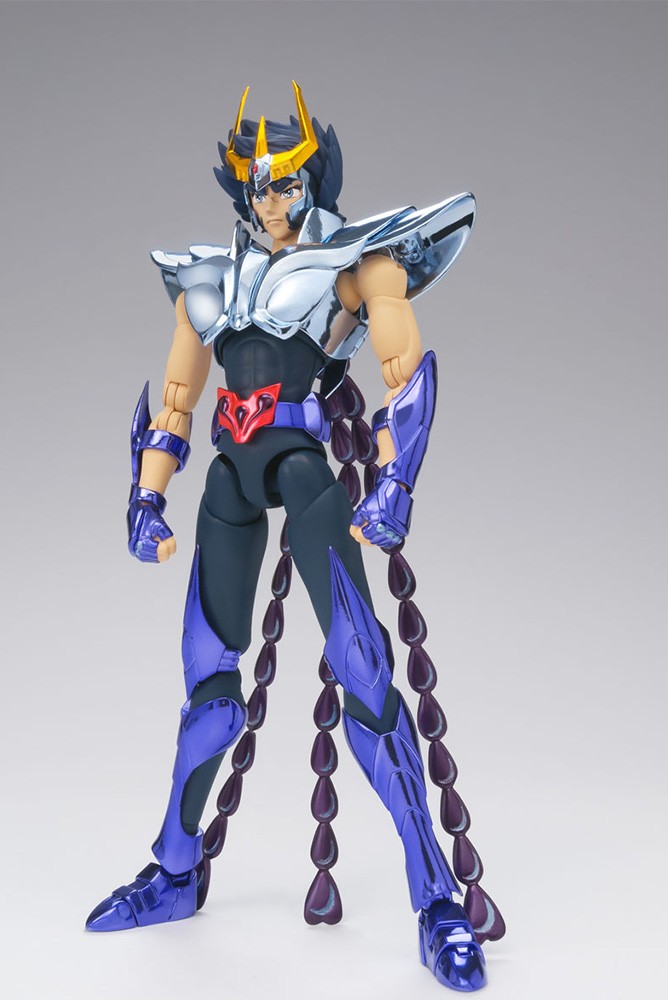 This Myth Cloth EX portrays, one of the most beloved and controversial characters of the saga, who has appeared in many of the series and films dedicated to the Knights of the Zodiac.
Ikki of Phoenix, the greatest among the Bronze Knights, transmits all the power and magnificence of him through his action figure, thanks to a detailed realization and completed by interchangeable parts that allow him to be exhibited in several of his most characteristic poses.
From the armor, to the three long tails that characterize the phoenix, each component of him allows you to recreate the character just as seen in the manga and anime. 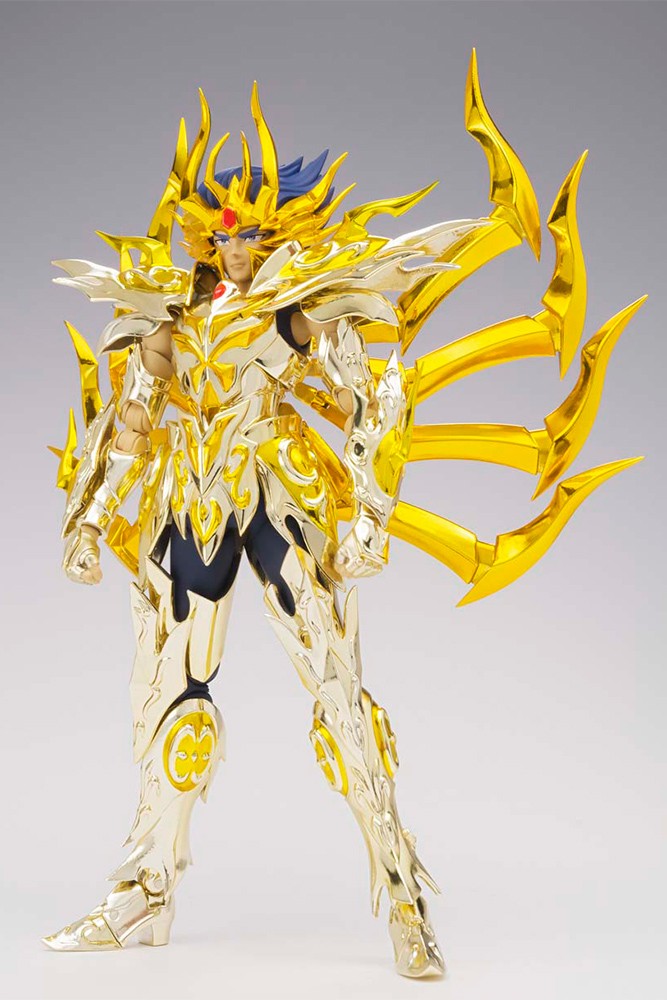 Taken from the Saint Seiya Soul of Gold series, here is the action figure of Cancer Deathmask, a knight belonging to the constellation of Cancer, diabolical and lethal, unscrupulous towards his enemies.
This Saint Seiya action figure portrays Cancer in his golden armor detailed with crab legs on his back that offer a very special effect.
Additional hands and faces allow you to customize this figure, allowing you to create the poses that most characterize him in the saga.

You are now ready to choose your favorite figures

After discovering the offers that we can offer you for your purchases, you just have to visit the Games and Comics Online Shop and choose from our availability and pre-orders the characters belonging to The Knights of the Zodiac you prefer.
Our unmissable offers await you, and do not hesitate to contact us for any request!