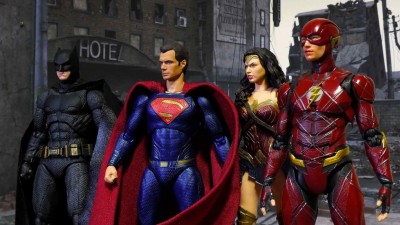 Iron Studios is a Brazilian brand born in 2012 that produces collectible figures for fans of the sector. This brand has several licenses that allow it to create statues dedicated to many different characters such as those belonging to the Marvel Universe, Star Wars, Ghostbusters, Jurassic Park, but above all to the DC Universe with characters that have appeared in both films and comics; the DC Universe collectibles are one of the flagships of the brand that reproduces the characters of the sagas concerned following a very specific philosophy during the realization of its articles, namely that of creating a statue for fans created by fans, therefore taking care of every detail to create a flawless figure that is perfect in every detail.

Games and Comics offers on the Online Shop a selection of the best Iron Studios statues in its dedicated section, with a varied and complete offer, which will allow every enthusiast to discover the pieces dedicated to his favorite characters and choose those that cannot be missed. inside your own collection.

Games and Comics in its offer dedicated to statues depicting characters belonging to the DC comics and movies Universe presents different characters taken from different stories and moments, faithfully reproducing the chosen characters, taking care of every detail to give fans figures of incredible beauty aesthetics that satisfy even the most pretentious fans.
Among the proposals presented by Games and Comics are depicted characters such as: Batman, Wonder Woman, Poison Ivy, Martian Manhunter, Mr Freeze, Robin, Aquaman, Green Arrow and many others.

Do not miss the fantastic outputs of the Iron Studios statues dedicated to the most beloved characters of the superhero sagas and more, so as not to miss the possibility of being able to exhibit within your collection figures of absolute beauty that will increase the value of your collection in considerably.

Games and Comics has chosen to present you some of the statues on its Online Shop: 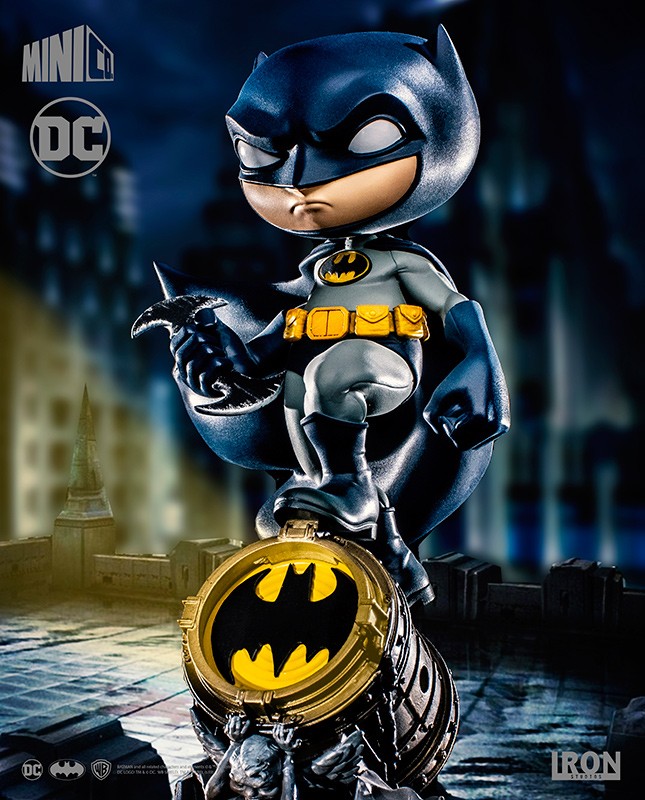 Among the proposals available on the Online Games and Comics Shop there is a truly unique version of Batman in the MiniCo series, depicted in a proud pose, standing out on the lighthouse that projects its symbol, holding one of its most characteristic weapons, the batarang.
This 18 cm tall figure is curated in every detail, from the basic display to the Batman costume. No detail is left to chance in this statue which represents one of the most beloved superheroes in history. 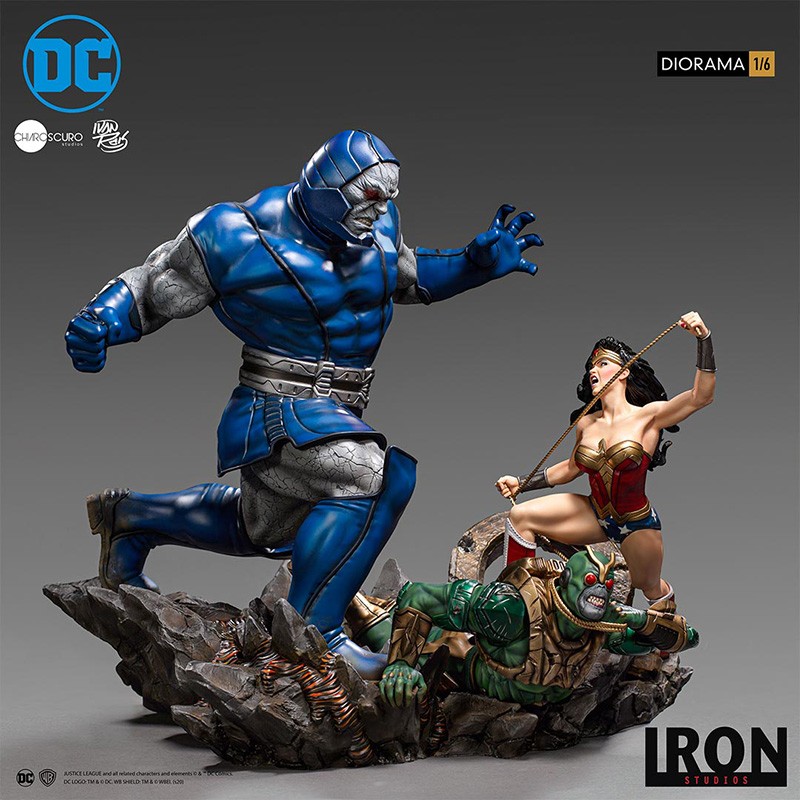 Another incredible Games and Comics proposal is represented by the Wonder Woman vs Darkseid statue in 1: 6 scale, with a fantastic diorama; this statue portrays a battle scene between the two characters that takes place on a very detailed base in which there is also one of Darkseid's parademons, in this case subdued by the strength of Wonder Woman.
This imposing sculpture about 45 cm high and more than 50 cm wide, is entirely hand painted and is made on the basis of the collaboration of the artist Ivan Reis together with Chiaroscuro Studios.
The faces, clothes and movements of the characters are represented in an extremely realistic way to create a figure that will make any fan fall in love and that can only be desired by all fans.
Don't miss the chance to add a one-of-a-kind statue to your collection.

Visit the Online Games and Comics Shop now to find out about all the proposals dedicated to Iron Studios statues inspired by DC Comics characters and more.
Lots of amazing statues await you, waiting to be displayed in your collection that you can proudly show to your friends.
Do not miss any of the future releases of this brand by staying up to date thanks to our preorders section that awaits you with promotions to be discovered.