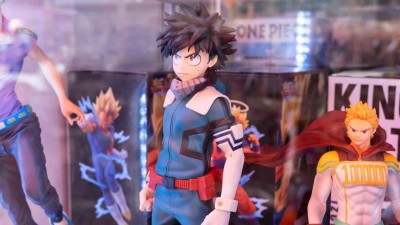 My Hero Academia is a Japanese manga of the shōnen genre, created by the author Kōhei Horikoshi and published since 2014.

The story told in this manga is set in a world where superheroes are the norm and almost 80% of the population has superpowers, commonly called quirks.
The protagonist of the series is Izuku Midoriya, a young middle school student with the dream of becoming a superhero, but born without powers; despite this Izuku tries to pursue this goal, inspired by the exploits of All Might, the most powerful hero ever.
The protagonist's attempts to pursue justice despite not having powers with which to defend himself are noticed by All Might himself who recognizes great potential in this boy and decides to give him his quirk: the One For All, take him under his protective wing and becoming his mentor.
From this point on, Izuku's adventures in the world of superheroes begin in Yuei High School, a prestigious superhero school.
Games and Comics, struck by the charm of this incredible manga, decided to dedicate a section to the My Hero Academia statues and not only on their Online Shop, to present all the proposals of brands of the caliber of Bandai, Banpresto, Funko, Good Smile Company, Semic and in particular Kotobukiya which features incredible statues dedicated to the most famous characters in the series.

Kotobukiya is a Japanese company founded in 1953 that produces statues, model kits and figures of the highest quality, which is why it represents a point of reference in the world of collectibles thanks to its very high standards of construction that allow fans to insert inside their own collection of incredible pieces that recreate the characters of movies, TV series, cartoons, manga, anime and video games in a masterly way, with a great attention to detail.

Among the Kotobukiya series that Games and Comics presents on its Online Shop are available YU-GI-OH, The Quintessential Quintuplets, Black Butler, Tales of Zestiria, My Little Pony, G.I. Joe, Dead By Daylight, Star Wars, Metal Gear Solid, My Hero Academia and many others, along with characters from the Marvel and DC Comics universes.

Games and Comics now presents some proposals dedicated to the My Hero Academia statues signed by Kotobukiya available for purchase or pre-order on the Online Shop: 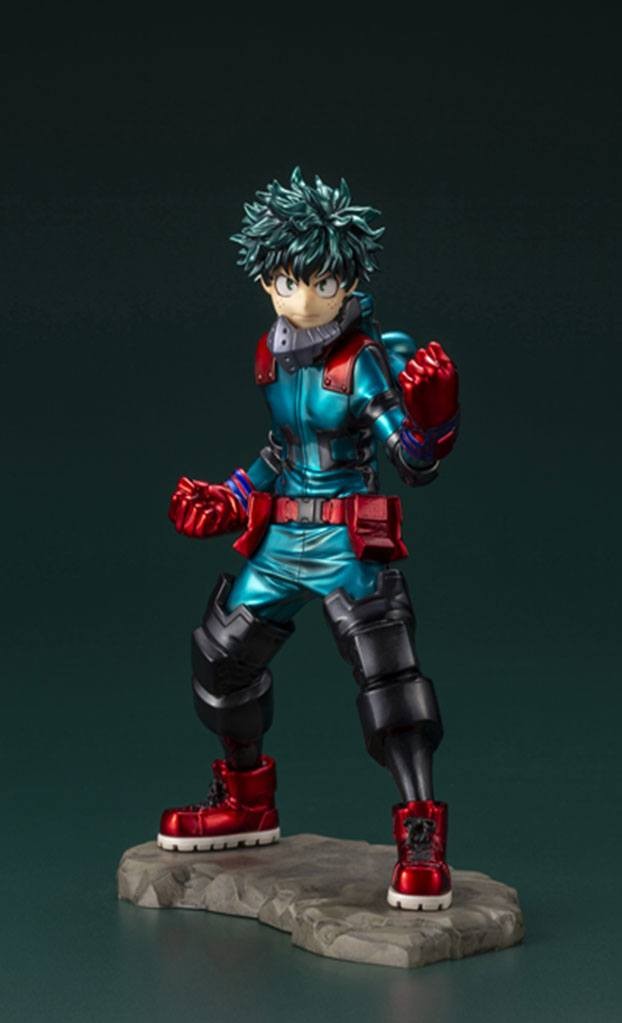 Izuku Midoriya is the young protagonist of the My Hero Academia manga, who after receiving the powers from the great hero All Might, enters the Yuei superhero high school to hone his skills.
In this statue signed Kotobukiya, the subject is represented in battle pose with all his equipment; the dimensions of the figure figures are on a scale of 1: 8 and the great definition and attention to detail allows us to grasp every detail of this statue that sees the character stand on a support formed by a rock.
Fans of My Hero Academia with this representation of Izuku Midoriya will be able to admire his imposing figure 21 cm high, which incorporates in details and colors the character that can be admired in the manga and in the anime. 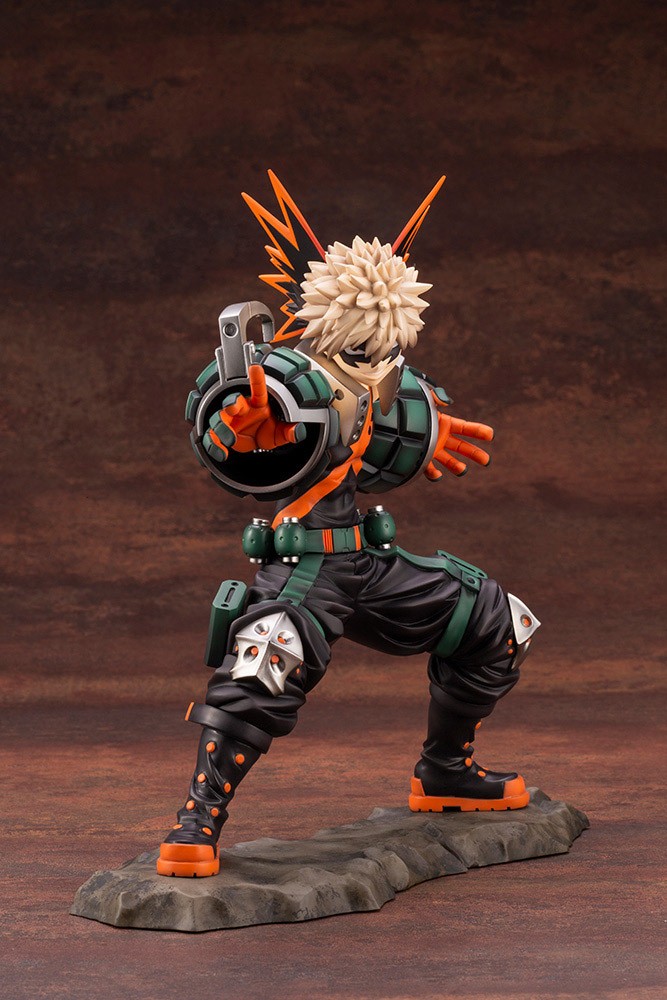 Katsuki Bakugo is one of the co-stars of the My Hero Academia series and Kotobukiya through his ARTFX J series has created a statue in 1/8 scale, 22 cm high, of the character in battle outfit with every detail taken care of in a perfect way. All his equipment is designed to allow him to best express the potential of his quirk, such as his armguards in the shape of grenades that allow him to store power and then release it causing a great explosion, the belt carries grenades of different types and lethal knee pads capable of taking down any enemy.
The combination of great care in the realization of this My Hero Academia statue with a use of colors that perfectly reflect the original, offers fans of the manga and anime an incredible statue of this hero, ready to be exhibited at inside your own collection.

Visit our Online Shop to discover all the action figures, bobble heads, statues and gadgets dedicated to the world of My Hero Academia with lots of products available for immediate purchase and future pre-order releases so as not to miss any of your favorite collectibles and secure them at time of their release.

Choose your collectibles and take advantage of our unmissable discounts to expand your collection dedicated to My Hero Academia statues and more.

MY HERO ACADEMIA ALL MIGHT SILVER AGE ACTION FIGURE