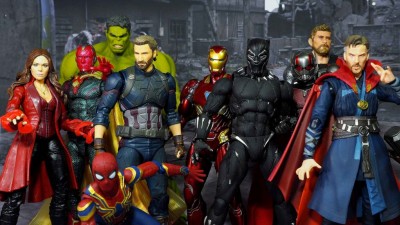 The Marvel Cinematic Universe, also known as the MCU, in recent years has become incredibly popular all over the world thanks to the release of several series of films inspired by the stories of American comics that tell the adventures of the most famous superheroes.
Over time, several series of Marvel action figures have been created dedicated to the various sagas that see superhero protagonists such as the Avengers, the X-men and many others. Among these we also find the action figures of the Diamond Select Toys brand, which with its Marvel Select series dedicates collectibles drawn from everything related to the Marvel Universe in all its facets.
The variety and breadth of the proposal on the Games and Comics Online Shop dedicated to Diamond Select Toys action figures allows fans of each character to find dedicated collectibles, with incredibly fascinating reproductions that will enrich the collections of lovers of the sector. in a unique way.

Diamond Select Toys is present on the Online Games and Comics Shop with its own dedicated section that offers a wide selection of the best Marvel Select action figures, which are presented in the classic blister packs of the brand allowing you to see in addition to the figure in its entirety also the various accessories and interchangeable pieces available in the package. In addition, the Diamond Select action figures are often collected in mini series containing within them pieces that can be assembled that allow you to compose, for example, dioramas in case you have all the parts.
The action figures of the brand are usually between 15 and 25 cm high, based on the tonnage of the characters represented, to maintain more or less realistic proportions between them, obviously not counting the dimensions of the various pedestals or dioramas that can significantly increase the size. of the figures at the time of exposure.

Among the most famous characters represented by the Marvel action figures of this brand you will find: Iron Man, the Thing, Spider Man, Thanos, Hulk, Deadpool, Juggernaut (Phenomenon), Thor, Wolverine, Cable, Daredevil, Captain America and others, in several versions that portray the heroes in their different appearances and in moments of the different sagas.

Stay up to date on the new proposals thanks to the pre-orders section of the Games and Comics Online Shop which presents you with a preview of the upcoming collectibles with the possibility of pre-ordering them and thus making sure to receive them at the time of their release, so as not to miss any action figures What do you desire.

Games and Comics now presents you some action figures available for purchase on your Online Shop: 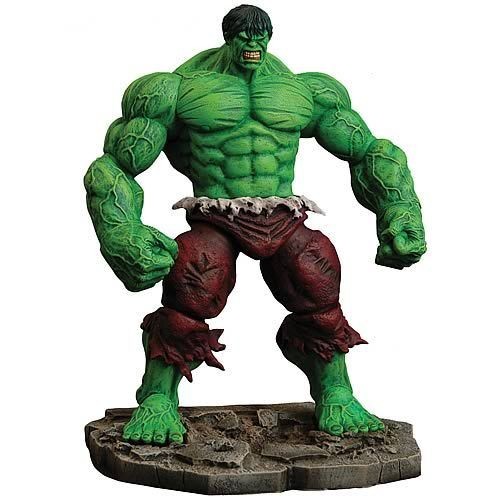 The Incredible Hulk is one of the Marvel Select action figures on the Games and Comics Online Shop. This incredible figure represents the green alter ego of Dr. Bruce Banner in all its grandeur with a 25 cm high figure, which comes in the usual blister of the series.
Do not miss this collectible dedicated to the green giant that represents it in a very detailed way and with an articulation that allows it to be placed in different different positions to display it within your own collection as you prefer. 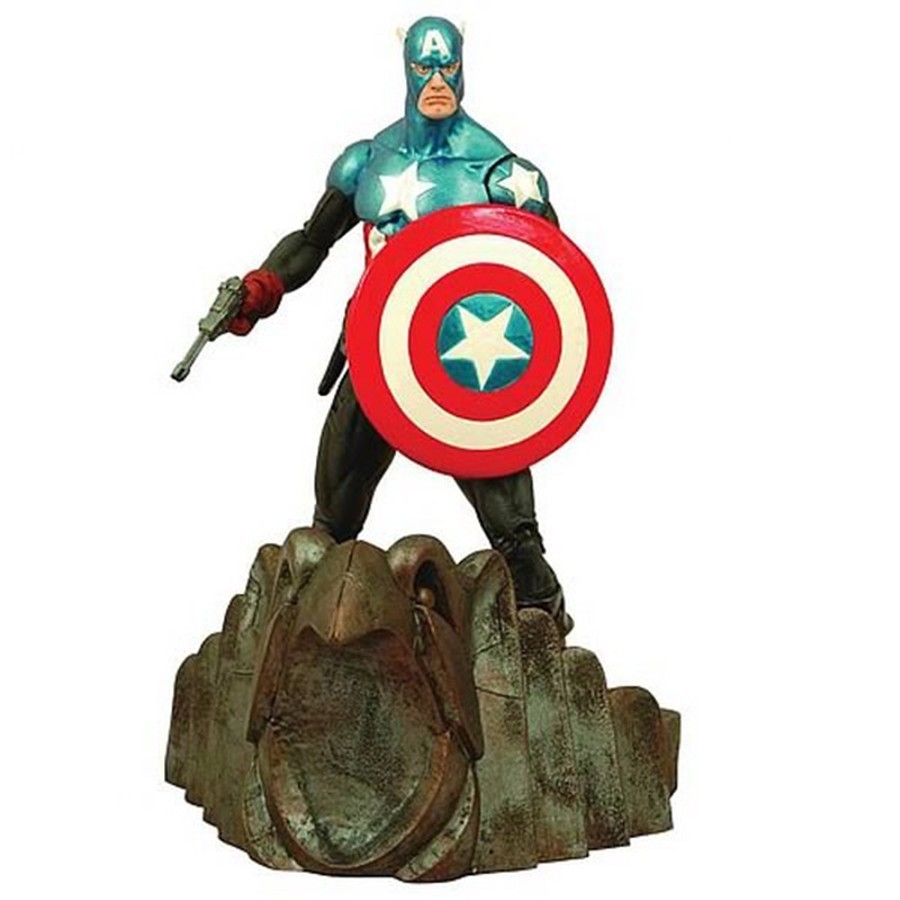 Diamond Select Toys has also dedicated an action figure to this particular version of Captain America, in which the hero under the mask is not Steve Rogers but, on the contrary, his best friend James Buchanan Barnes, known as Bucky and known to be the Soldier of 'Winter in various Marvel sagas.
In this action figure that represents a moment in which Steve Rogers has momentarily disappeared, the role of Captain America are worn by Bucky, with his brand new uniform and various accessories to complete the figure; in fact, among the interchangeable parts, in addition to the pedestal, the gun, dagger, water bottle and obviously the inevitable shield, distinctive sign and favorite weapon of Captain America are included in the package.

Discover all the offers that Games and Comics has decided to dedicate to you on its Online Shop in the section reserved for Marvel Select action figures; many incredible collectibles are waiting for you to increase your collection in an unmissable way thanks to the quality and beauty of the action figures of the Diamond Select Toys brand.
By visiting the Online Games and Comics Shop you will be able to find out which figures are available for purchase and which ones in pre-order so as not to miss any release dedicated to your favorite Marvel superheroes.