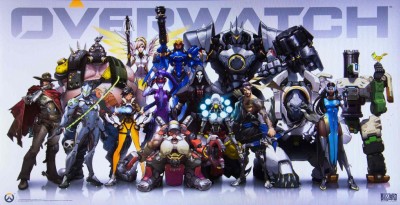 Overwatch is a first-person shooter video game created by the developer Blizzard Entertainment; the game is set in a fictional future where technology has taken over, giving rise to a civil war between humans and machines. The body of militias that deals with the defense of men is precisely the Overwatch, a group of warriors chosen with particular skills dedicated to maintaining peace in the world.
The adventures of the Overwatch soldiers, in defense of mankind, have been a great success that has allowed the video game to quickly become a title widely played by videogamers all over the world, thanks to the variety of modes and the simplicity of the game.
The success of this title has shifted interest not only on digital platforms but also in the world of collectibles with the creations by the best brands in the industry, such as Good Smile Company, of incredible Overwatch action figures depicting the most representative characters of the videogame.

The Games and Comics Online Shop has created a special section where fans of the video game will be able to find all the best collectibles of the protagonists of the Overwatch adventures.
The best brands have created action figures dedicated to this theme such as Gaya Entertainment, Hasbro, Ubisoft and finally Good Smile Company.

Good Smile Company is one of the main producers of Overwatch action figures with its Nendoroid and Figma series: Nendoroid is a line of collectibles of the brand that reproduces the characters of manga, anime and video games mainly in chibi or super deformed versions with a very head. large and disproportionate compared to normal body canons; Figma, on the other hand, is a line of articulated action figures with an incredible level of detail about 16 cm high and including various accessories for customizing the poses in which they can be exhibited.

Discover the entire Games and Comics offer by visiting the Online Shop to learn about all the promotions dedicated to many collectibles. 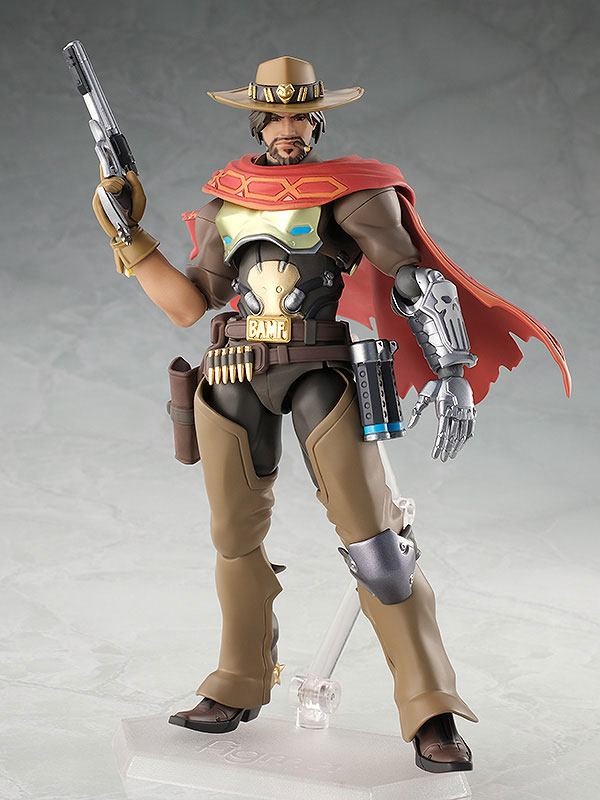 McCree is one of Overwatch's most beloved characters with his cowboy guise; Jesse McCree, an outlaw who joined the Blackwatch group following his arrest is portrayed in this action figure by Good Smile Company with an excellent level of detail and an extreme posability that can be exploited to the fullest thanks to his support.
This 16 cm high Figma series action figure is accompanied by a series of accessories, including several pairs of hands to be able to use the objects it is equipped with and different faces with incredibly realistic expressions; even the most distinctive weapons of the character are present in the package such as flashbang grenades and the inevitable Peacekeeper pistol, which helps him to be an infallible sniper capable of taking down any enemy.
Don't miss the chance to add this exclusive action figure to your collection. 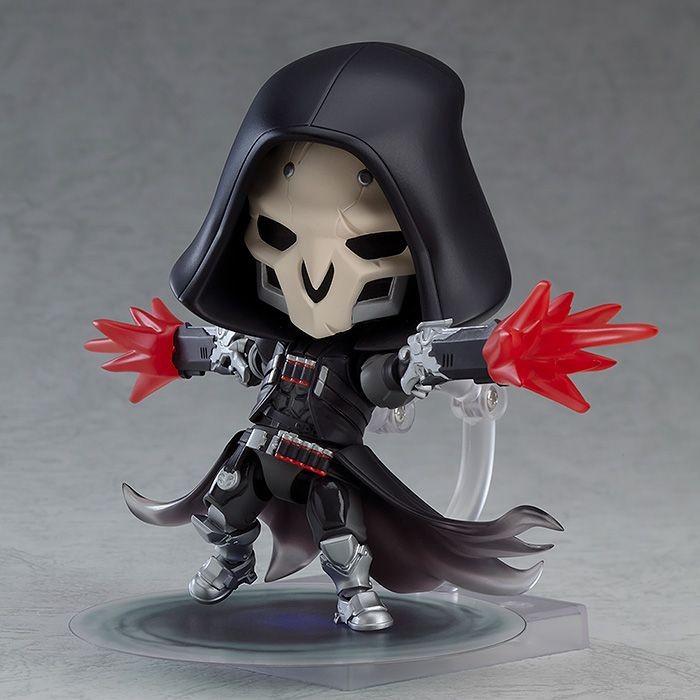 Reaper is one of the antagonists of the Overwatch group, a shadow that roams the bloodiest battlefields bringing with it only death and destruction, with no apparent motivation or affiliation to any group.
Reaper is described by the few survivors of his passage as a ghost that wanders hitting his enemies in a precise and unscrupulous way; this mercenary is a beloved character from the Overwatch video game series and for this Good Smile Company dedicated an action figure from its Nendoroid series to him; Approximately 10 cm tall, Reaper is portrayed with the classic proportions of the Nendoroid line and includes the main accessories of the character such as his lethal guns and different pairs of hands with which to customize his own figure.
Don't miss the best Nendoroid action figures on the Games and Comics Online Shop.

Games and Comics within its Online Shop offers a wide range of action figures, statues, model kits of Good Smile Company and more to allow fans of Overwatch and many other sagas to choose their favorite action figures to have within the collection the collectibles that you cannot do without.
In addition to the many action figures available for purchase, Games and Comics puts at your disposal the pre-orders section to stay up to date on future releases and ensure the collectibles that you consider unmissable, also taking advantage of the unmissable dedicated promotions.