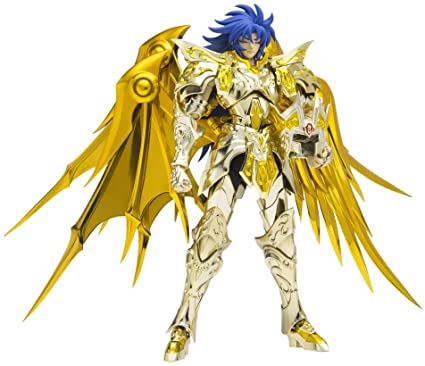 Saint Seiya: Soul of Gold is one of the spinoffs of the anime the Knights of the Zodiac, along with Saintia Sho, the Lost Canvas and many others. Soul of Gold is a series aimed at honoring the forty-year career of knight creator Masami Kurumada.

This serie is placed in the timeline of events simultaneously with the battle in the Elysian Fields against Hades, which features the Bronze Knights following the destruction of the Wall of Lament.
The events of Soul of Gold take place in Asgard, kingdom of the god Odin, and see the golden knights, and in particular Aiolia of Leo, come back to life as a warrior spirit to help the young Lithia to defeat Andreas Riise, the new priest. of Asgard, backed by the seven knights of Asgard who have revived Yggdraill, the forbidden tree. The series focuses on the battles that see the golden knights and Lithia engaged in the destruction of the seven statues that support the forbidden tree and are defended by the knights of Asgard.

Bandai has created a series of action figures dedicated to the characters of this series called Myth Ex Soul of Gold; these regal and opulent figures faithfully reproduce the twelve golden knights in all their magnificence just waiting to be displayed in your collection.

All the characters of the Myth Cloth Ex Soul of Gold serie are presented inside a black box on which the golden images of the knight and their armor stand out in different poses to give a preview of what fans will find inside. The action figures of the golden knights are presented with the figure of the knight without armor, which can then be assembled both on the knight and on his totem. In each pack there are a large number of interchangeable pieces in addition to the armor, such as hands, faces and much more. The Myth Cloth Ex Soul of Gold have a great flexibility thanks to the many bending points on the characters that allow you to put your knight in the position you prefer.

Let's now discover some of the proposals on the Games and Comics Online Shop. 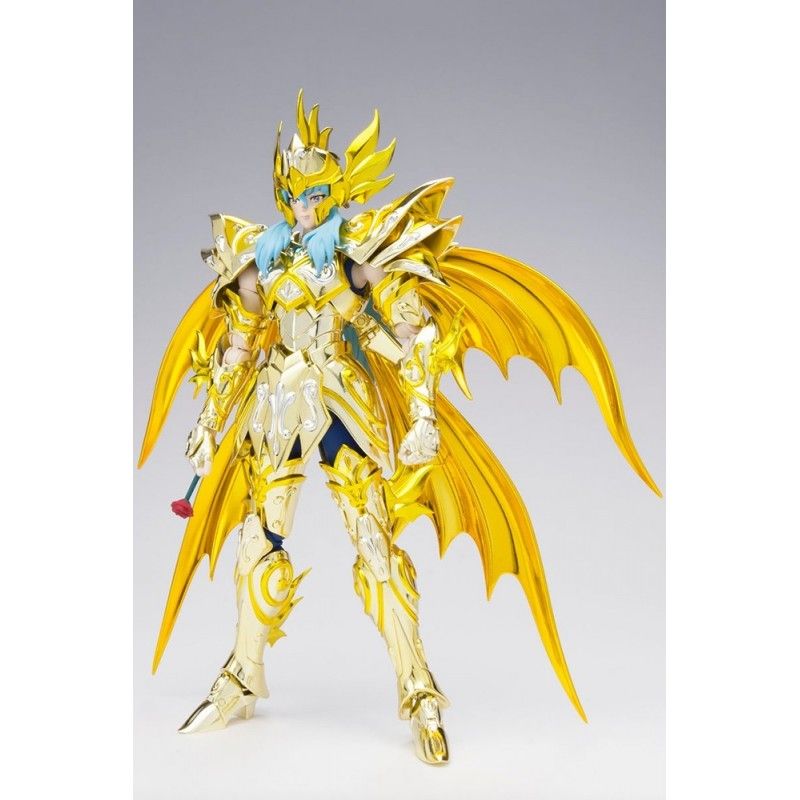 Pisces Aphrodite is one of the golden knights protagonists of the series represented in this fantastic figure with his pompous armor, imposing and majestic thanks to its well-kept details. The package has three different blisters inside to contain all the accessories and also includes four of the backdrops, missing in the series, of the twelve constellations on which to place one's figures. The completeness of the interchangeable parts of this action figure will leave the possibility of assembling this knight in the position you prefer, thus giving the possibility to customize it at will. 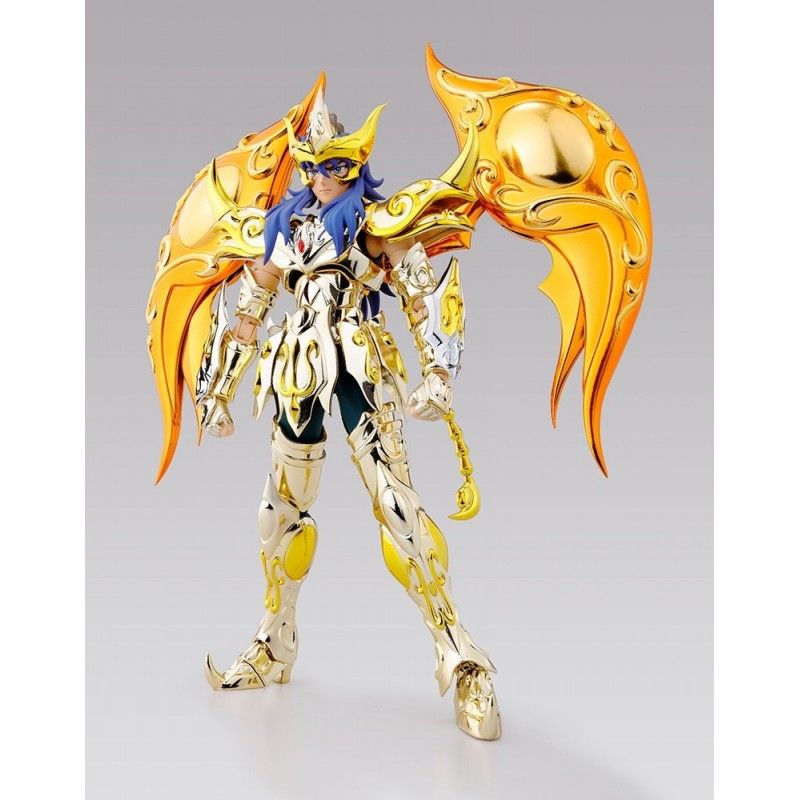 One of the upcoming releases in the Bandai Myth Ex Soul of Gold serie is Scorpio Milo out in November 2020, full of details and decorations that allow it to be reproduced just as it appears in the animated series. Its packaging is presented in the same way as those of the other golden knights, always with three blisters inside containing all the pieces. The figure is characterized by the great articulation that distinguishes the Myth Cloth and is fantastic in all its assembly combinations; an important detail is represented by the faces of this action figure which are incredibly expressive, underlining the care with which the characters of this series are created.

Discover all the Bandai action figures from the Saint Seiya Soul of Gold serie available on the Online Games and Comics Shop and stay updated on future releases thanks to our pre-order section so as not to miss any myth cloth belonging to this serie that has been a huge success.
The quality and beauty of these Myth Cloths has attracted many fans of the Knights of the Zodiac; don't miss your favorite action figures.

Visit now the Games and Comics Shop Online and have fun.