Fortnite is a video game released in 2017 created by Epic Games and People Can Fly. This free to play video game features different game modes such as save the world, battle royal and creative mode that have won over gamers of all ages. Fortnite has quickly become a worldwide phenomenon that has conquered assiduous video game players but also those who had never entered this world thanks to the possibility of being played on many different platforms such as Playstation, Xbox, Nintendo, PC and Smartphone. From this video game that guarantees unbridled fun, many products have been born that bear the brand; Fortnite has also become famous for all its merchandise which includes clothing, bobble heads, board games and Fortnite action figures.

McFarlane Toys, a US company founded by the homonymous cartoonist Todd aMcFarlane in 1994, deals with the production of fantastic Fortnite Action Figures dedicated to the most famous skins present on the game; the skins represent the characters with which your opponents will see you during the fights to the death to achieve the coveted royal victory and which are customizable in different aspects such as in the choice of the colors of the clothes, picks and backpacks.

Check out all the Fortnite action figures on the Games and Comics Online Shop to add your favorites to the collection.

Do not miss the opportunity to buy the most iconic Fortnite action figures by taking advantage of the opportunities that have been dedicated to you. 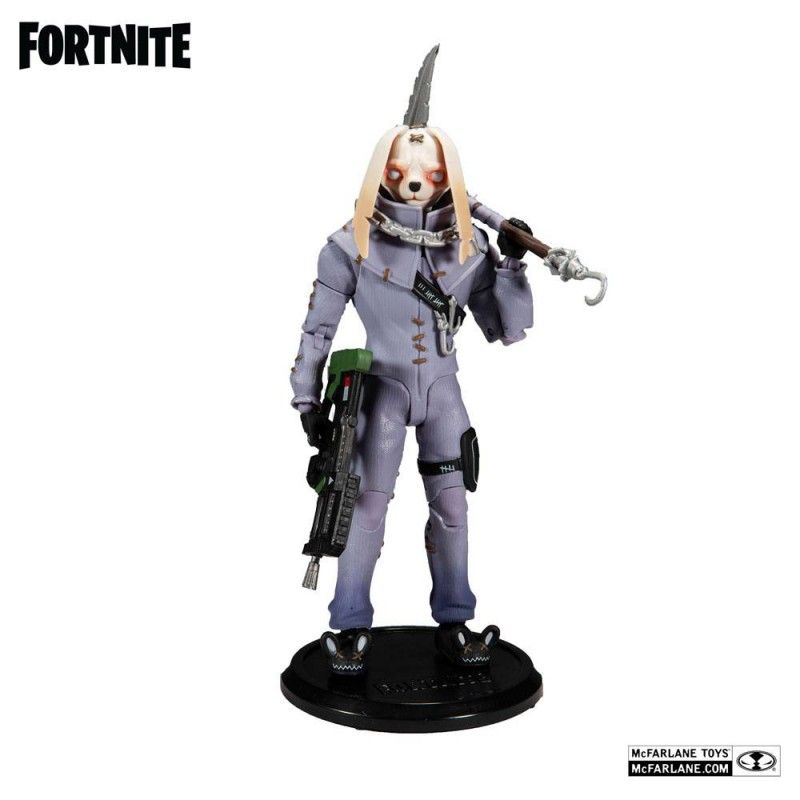 Nitehare is the antithesis skin of Bun Bun, the chocolatey Easter bunny. Nitehare looks like one of the skins of the Easter period, disturbing and dark. McFarlane reproduces this skin in every detail in fact we can see the long ears that fall downwards, the blue eyes on a malicious face, the notches that mark the count of ammunition on his belt and the holster with the design of a carrot on his leg left. The pack comes with different accessories such as the Steel Carrot pickaxe, the floppy macabre doll-shaped backpack and armed with a legendary submachine gun.

You will not be able to do without this fantastic figure that has 18 points of articulation and has as its personal motto "jumping out of your nightmares". 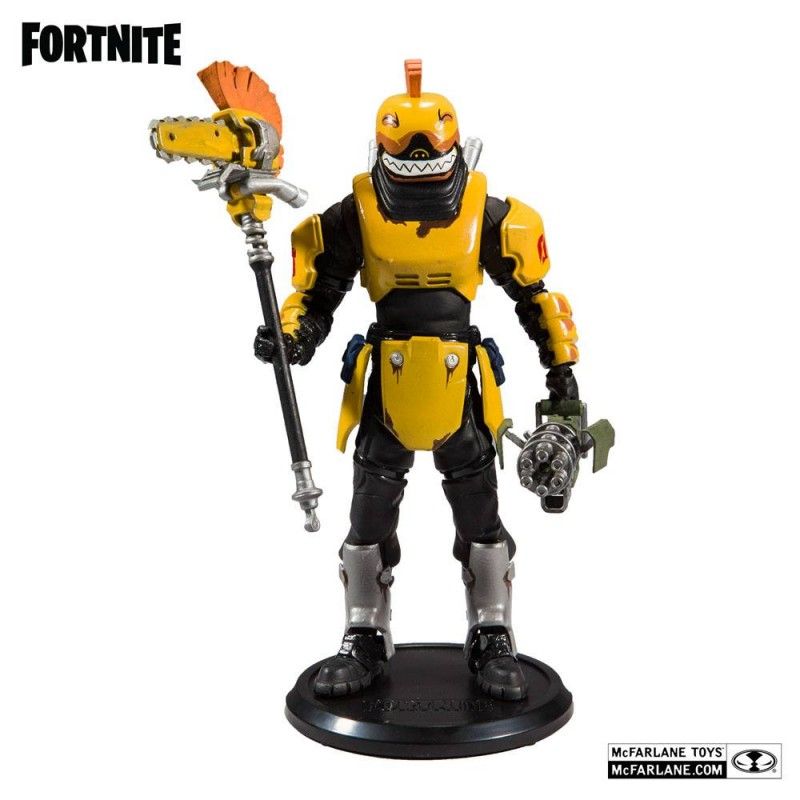 "Gassed and Ready to Roar" the action figure Beastmode Jackal features a humanoid-shaped mechanical jackal with a Mohawk hairstyle and a cheeky, battle-ready expression. The accessories in the package are the Mauler pickaxe in the Jackal version, the V6 backpack in the Jackal variant and as a weapon it presents a lethal minigun, one of the most destructive weapons in the game. McFarlane's Beastmode Jackal skin reports every detail that you can see on Fortnite from the armor faithfully reproduced in every part to the slightest signs present on it. Get ready to position your Fortnite Beastmode Jackal action figure as you wish to make him express all his battle desire.

Discover all the Fortnite themed products on the Games and Comics Online Shop: action figures, Funko Pop and lots of gadgets and clothing wait just for you. Stay up to date on future releases dedicated to Fortnite products by visiting our pre-orders section so you won't miss any items you can't do without for your collection.
Trust Games and Comics as your go-to action figure shop and you won't be disappointed with our quality and efficiency.